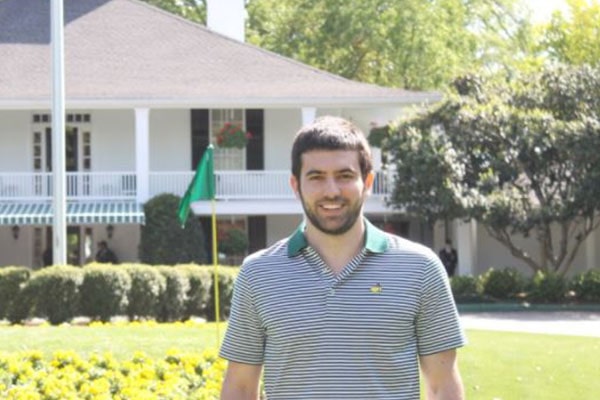 Seve Ballesteros is well-known in the sports world. Born Severiano Ballesteros Sota, he was a professional Spanish golfer. Over his successful golfing career, he had set records by winning a total of 90 international tournaments. Among those tournaments are five major championships between 1979 and 1988, three Open Championships, and two Masters Tournament. He had garnered several awards and accolades along with immense fortune, fame, and fan-following around the globe.

Seve Ballesteros was an icon in the golf world and is regarded as a legend whose legacy can’t be replaced. Sadly, at the age of 54, Seve Ballesteros succumbed to brain cancer on May 7, 2011. Many well-wishers, fans, and sportspeople in the world mourned the day he died. However, the late golfer is survived by his children, ex-wife, and brothers. He and his ex-wife, Carmen Botin O’Shea, had Javier Ballesteros, Miguel Ballesteros, and Carmen Ballesteros, together.

Well, we’ve already known about the other children of Seve. So, for now, let’s learn more about Seve Ballesteros’ son, Miguel Ballesteros, and his whereabouts.

Is The Second Child

Seve Ballesteros had been married once in his life. The handsome golfer met his then-wife in 1983 when she was only 17, and he was 23. Carmen Botin O’Shea is the daughter of Emilio Botin, and Seve taught her golf at her father’s suggestion. The pair began dating but kept their relationship a secret.

After dating for 5 years, Seve and Carmen exchanged their vows in a lavish wedding ceremony in 1988. In their marital life, they welcomed three children together. She gave birth to their second child, Miguel Ballesteros, in 1993.

In 2004, Miguel Ballesteros’ parents separated and filed for divorce. Following the divorce, Seve’s children went to Madrid with their mother. They used to visit their father sometimes. It is possible that Carmen must have gotten significant money for the spousal support. Seve Ballesteros’ son, Miguel, grew up to be a humble person. He, along with his siblings, was raised with great love and care.

Brother Is A Golfer

Seve Ballesteros has created a legacy that cannot be replaced. His exemplary records and wins made him one of the most talented and greatest golfers of all time. Being the children of a golf legend, his sons might have been inspired to play golf. Seve Ballesteros’ eldest son and Miguel’s brother, Javier Ballesteros, is also a golfer. Seve had turned professional at the age of 17. However, Javier turned professional in November 2014, at the age of 24, a little late than his father.

Javier had also caddied for his father during his 28th and final appearance in the Open at Royal Liverpool in 2006. Before turning professional, he took Seve’s place in the field at the Omega Dubai Desert Classic. Miguel Ballesteros’s brother, Javier, still has a long way to go in the golfing career. Thus, we hope that he becomes as successful as Seve.

Seve Ballesteros’ son Miguel Ballesteros is his second child with ex-wife Carmen Botin. He used to be present during his dad’s various tournaments. Going through his Twitter, we can see that he also loves soccer. He has uploaded pictures of him watching different matches. He also uploaded a photo wearing the jersey of Argentina. In other posts, he has uploaded a picture of Messi. So, it is possible that he might be a fan of Lionel Messi.

In an interview with Bunkered, Miguel’s brother, Javier, mentioned that they used to play table tennis with their father when they were young, and Miguel was the best out of them. However, it is unknown if he plays golf like his father and brother. But, we can assume that he loves sports. He also loves to travel as he has uploaded pictures from different places that he’s been to.

The Instructions Left By Seve

As mentioned before, on May 7, 2011, Seve succumbed to brain cancer. Following his death, Seve’s children came to know about the will that said about 90 percent of the wealth accumulated by him went to his three children. Furthermore, the remaining 10 percent went to the Severiano Ballesteros Foundation, supporting young golfers. The foundation also supports the research about cancer that Seve had died from.

The foundation, headed by Seve’s nephew Ivan Ballesteros, who also worked as an agent of him, issued a legal notice on image rights that upset Seve’s children. They might have taken the matter to court. However, the family has preferred to keep the matter private.

Miguel Ballesteros has gained immense fame as one of the children of the golf legend Seve Ballesteros. Despite the popularity, he prefers life away from the media and limelight. Miguel doesn’t seem to be active on social media as his Instagram is private, and on his Twitter, he has not uploaded any pictures since April 2020. He has not mentioned anything about his relationship and love life.

A Movie Based On Seve Ballesteros

Aforementioned, Miguel’s father Seve is one of the greatest golfers of all time. He had won various awards and titles. With respect to the legendary golfer, Tom Hodgson and John-Paul Davidson wrote and directed a movie, respectively. Released in 2014, the film is based on the biography of Seve. It was entitled Seve: The Movie, and it was critically acclaimed. Well, Miguel must have been pretty excited to watch the movie based on his father.

Besides movies, many books have also been written on Seve.

Seve Ballesteros’ baby boy Miguel Ballesteros must be doing great for himself. We hope to know more about him in the coming days.

The name Miguel is originated from Spain, which means “Who is like God?”