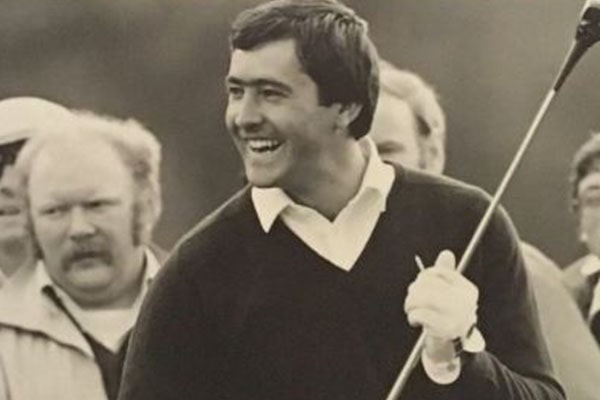 Seve Ballesteros is a well-known name in the sports world. Born Severiano Ballesteros Sota, he was a professional golfer from Spain. Seve, who turned professional in 1974 at the age of 16, is regarded as one of the world’s No.1 golfers of all time. Over his golfing career, he had won 90 international tournaments, including five major championships between 1979 and 1988, three Open championships, and two Masters Tournament.

No doubt that Seve Ballesteros was one of the greatest golfers of all time as he had made several exemplary records. Sadly, we lost Seve Ballesteros due to brain cancer on May 7, 2011. However, he is survived by his three children Javier Ballesteros, Miguel Ballesteros, and Carmen Ballesteros, from his ex-wife Carmen Botin O’Shea. Seve’s well-wishers and fans worldwide are eager to know about his family and private life.

As stated earlier, Seve Ballesteros was one of the greatest golfers of all time who recorded numerous wins and garnered several awards and accolades. Although he is no more with us, Seve is survived by his children and ex-wife, with whom he got married in 1988. The ex-pair was married for 16 years before divorcing each other in 2004.

In their 16 years of marital life, Carmen and Seve welcomed three children. Carmen gave birth to their eldest child, a son, on August 20, 1990, whom they named Javier Ballesteros. Following their divorce in 2004, they shared equal custody of their children. Seve Ballesteros’ son was raised with great love and care along with his siblings.

Seve had created a legacy in the golf world that no one can erase. Seeing his father play golf and win several accolades and awards, Javier might have been inspired to follow in his father’s footsteps. Javier had caddied for his father in 2006, during Seve’s 28th and final appearance in The Open at Royal Liverpool. He also played golf and turned professional in November 2014.

Before turning professional, Javier had also taken his father’s place in the Omega Dubai Desert Classic field. It has not been a long time since Javier started his golf career, and he does have a long way to go. Let’s hope that he becomes as successful as his father.

Along with his emerging golfing career, Seve Ballesteros’ son has also found happiness in his personal life. Javier Ballesteros’ girlfriend is known to be Carmen Hermosin. However, the duo has not revealed much about their love life. Seve has uploaded few pictures of them during their vacation in Paris. It seems like they love to enjoy their precious moments privately and away from media and the limelight.

Javier and his girlfriend have not mentioned anything about their children. But going through his Instagram, we can see that he has posted a picture of a kid and has called him mini Seve. As a result, fans have speculated that Javier and Hermosin have a child named Seve Ballesteros Jr., But neither Ballesteros nor Hermosin has talked about the little one.

Were Upset With The Instructions Left By Seve

Seve Ballesteros succumbed to brain cancer on May 7, 2011. After his death, he left 90 percent of his wealth to his three children. And the rest 10 percent went to the Severiano Ballesteros Foundation. The foundation supports young golfers and supports the research of the type of brain cancer he had died from. It is headed by his nephew Ivan Ballesteros, who also worked as his agent. Seve Ballesteros’ sons were also upset over the image rights drafted by the foundation.

They might have taken the matter to court. No more information regarding this was revealed as Seve’s eldest brother Baldomero Ballesteros told the Spanish newspaper that the family wanted to keep the matter private, and Seve would have also preferred like that.

Movie About Seve Has Been Made

Seve had established himself as one of the greatest golfers. Everyone respects the legacy he has created. A movie based on the legendary golfer and Javier Ballesteros’s father’s biography was written and directed by Tom Hodgson and John-Paul Davidson. It is named Seve: The Movie and was released in 2014. Many books have also been written based on his life story and achievement.

Javier is a name that originated from Spain, and its meaning is New House.