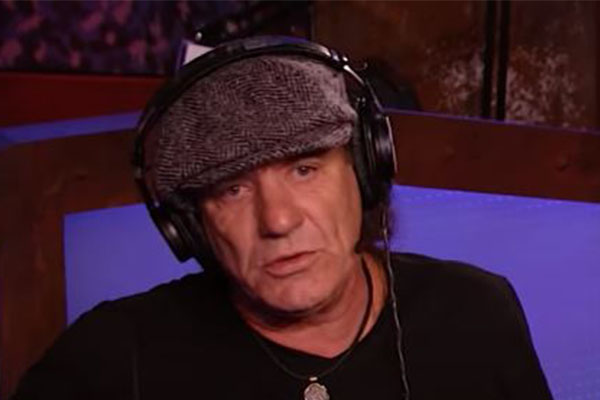 Brian Johnson is a well-known name in the music world. Johnson, born Brian Francis Johnson, is a popular English singer and songwriter who is recognized as the lead singer of the popular Australian hard rock band AC/DC. He joined the popular band, founded by Young brothers Malcolm Young and Angus Young, and became the third lead singer replacing the former frontman Bon Scott who died in 1980. However, he left the band in 2016 due to hearing issues but rejoined to record its 18th album, Power Up.

The legendary singer Brian Johnson is a family man and currently resides with his wife, Brenda Johnson. However, Brenda is not the only wife of the singer. He was previously married to Carol Johnson. Here, learn some more about Brian Johson’s ex-wife, Carol Johnson, and their kids.

Carol is the first wife of Brian Johnson, the famous band AC/DC’s lead singer. The couple exchanged vows in 1968. They were married to each other for two decades. However, in 1990 while Brian was working on his 12th studio album named The Razors Edge with AC/DC, they divorced each other. While finalizing their divorce, Carol Johnson’s husband, Brian Johnson, could not get involved during the album’s recording and composition.

Well, after the divorce, Brian Johnson’s ex-wife, Carol Johnson, has not appeared in front of the media and prefers to live a low-key life.

Had Two Kids Together With Brian

As stated earlier, Johnson, who is currently married to Brenda Johnson, shared a marital life with Carol Johnson. The pair had two daughters together. Their first daughter is Joanne Johnson, who was born the same year Brian and her wife married.  Similarly, Carol and Brian welcomed their second daughter, Kala Johnson, in 1973.

Despite being one of the prominent singers of the band, Brian Johnson loves to live his life low-key. He does not seem to share much about his personal life. This might be the reason that both of Brian Jonhson’s daughters prefer to live a normal life out of the spotlight.

Carol Johnson lived a luxurious lifestyle as Brian Johnson’s wife. However, she fell back and had to lose everything after the divorce. She even lost the amount she received as spousal support into the restaurant business and recording studio. She also sold her house, car and had to move back with her mum. All these led her to slip into depression. Her depression led her to try suicide by swallowing a handful of pills. She had also started using drugs and drinking boozes.

Brian Johnson’s ex-wife Carol Johnson was addicted to drugs and boozes. In an interview, she mentioned how she drank and took drugs to give herself the courage to face famous people. She also mentioned that the lavish lifestyle, posh mansions, and cars meant nothing to her. Her addiction to drugs and drinks didn’t stop even after her divorce from her ex-husband Brian Johnson.

Carol stated that she won the battle against drugs and was sober by locking herself in her Newcastle home. She did not go out for two years to stop her addictions.

After two-decades-long marriage with Brian, Carol divorced him. The exact reason behind their divorce is unknown, but there is a possibility that Carol’s addiction and Brian’s failure to pay attention to his family might be the reason behind their separation. They went through a bitter divorce. In their divorce settlement, Carol reportedly received $411K as alimony and shared the custody of their daughters.

After their divorce, both Brian and Carol moved on in their life. Brian dated Brenda for a while before tying the knot with her. Carol, too moved on and dated soccer hero Malcolm MacDonald.

After her divorce from Brian Johnson, Carol dated former Newcastle and England soccer hero Malcolm MacDonald. In 1997, she accompanied him to Newcastle Magistrates court for his court hearing regarding a charge of drink driving.

Carol and Malcolm eventually got married. And Johnson helped him recover from the grief and even supported him during sickness.

Brian Johnson’s ex-wife loves to stay away from the spotlight. She is also not active on social media. As a result, very few details about her and what she is doing these days is unknown. But we can assume that she’s doing the best of herself and living a happy and prosperous life.