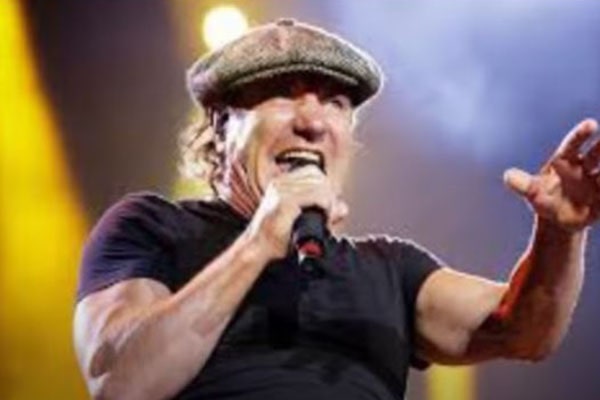 Brian Johnson, born Brian Francis Johnson, is an English songwriter and singer famous as the lead singer of the popular Australian hard rock band AC/DC. After Bon Scott‘s death in 1980, he joined the band and became its third lead singer. Along with other band members, Brian was inducted into the Rock and Roll Hall of Fame in 2003. However, in 2016, he left the band due to some hearing issues but eventually rejoined to record its 18th album, Power Up.

Apart from being one of the greatest singers, Brian Johnson is a family man who loves to enjoy time with his family. Currently, he resides with his beloved wife, Brenda Johnson, in Sarasota, Florida. He was previously married to Carol Johnson and has two daughters, Kala Johnson and Joanne Johnson, with her. For now, let’s learn about Brian Johnson’s daughter, Joanne Johnson, and her whereabouts.

As stated earlier, Brian shares a blissful marital life with Brenda Johnson. Before that, he was married to Carol Johnson from 1968 to 1990. They welcomed their daughter, Joanne Johnson, the same year they got married, i.e., in 1968.

Despite the immense popularity that the singer had earned, he prefers a private lifestyle away from the limelight and media. He also seems to be a very protective dad as he rarely talks about his daughter and brings her to public events. Due to this, very less is known about Brian Johnson’s daughter Joanne Johnson’s childhood, education, and likes and dislikes. However, she must have lived a luxurious childhood as the oldest daughter of a well-known singer.

As mentioned earlier, Joanne Johnson’s parents divorced each other after being married for around two decades. Following the divorce, Brian and Carol shared the custody of their daughter. Joanne’s mother, Carol Johnson, married soccer hero Malcolm Macdonald, and Brian got married to Brenda. She enjoys spending family time with her step-mother, sister, and father, attending multiple family get-togethers.

Represented Her Father At An Event In 2017

Though Brian Johnson’s daughter, Joanne Johnson, makes very few appearances publicly, she is seen representing her dad in various events and ceremonies. In 2017, Brian could not attend the ceremony where he was added to the Walk of Fame by Newcastle and Gateshead, along with Mike Neville and John Grundy.

So his daughters, Kala Johnson and Joanne Johnson, represented him. However, she did not talk to the media, while Kala spoke to Chronicle Live about the experience.

As stated earlier, Joanne Johnson’s father is the popular singer Brian Johnson. In October 2020, Brian revealed that his mother was a second world war resistance fighter and how she smuggled British pilots out of Italy. Joanne’s grandmother Esther De Luca, was born near Rome, Italy.

She smuggled down Allied fighter pilots into the hideaway at their family farm, under the noses of her three brothers. This shows the bravery of Joanne’s grandmother, a trait that she must have also inherited.

Joanne Johnson’s step-mother is also a part of the music industry, just like her father. Not as popular as Brian Johnson, but she is a talented and experienced band manager. Brenda has managed numerous popular rock bands like Hangman Jury, 7 years Past, and many others. Apart from her work as a band manager, Brenda is also an ambassador of organizations like Patrick Mullan Company.

Brenda also has a passion for car racing and participates in car racing events alongside Brian.

Brian Johnson has gained immense fame and wealth as a singer. However, he is highly secretive about his personal and family life. Not only him, his family members, including his daughter, Joanne Johnson, also seem to prefer a life away from media and limelight. Johnson does not seem to be active on any social media platform. Due to this, very few details of hers are known. But, we do hope to know more about her in the days to come.

The name Joanne is of English origin, which means God Is Gracious.