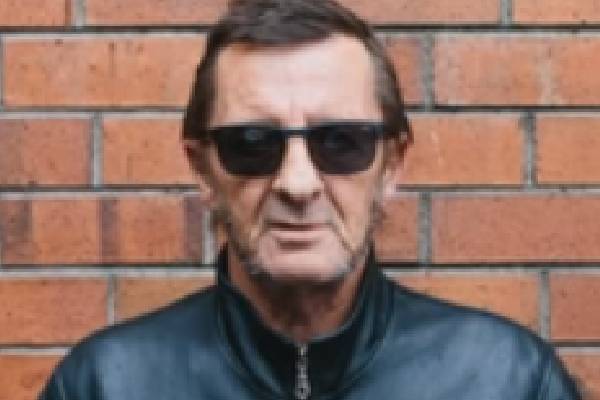 Born as Phillip Hugh Norman Witschke Rudzevecuis, Phil Rudd is best known as the drummer of AC/DC. Before joining up with the rock band AC/DC in 1975, the drummer played in several Melbourne-based bands.

From being a highly talented member of the Australian hard rock to getting mixed up in a controversy, he fits all the ultimate rockstar bills. The famous rockstar has managed to keep his personal life a secret. However, we are aware of his relationship with his ex-wife and former girlfriend.

Here, explore the list of AC/DC drummer Phil Rudd’s relationships and look at his list of girlfriends.

Aforementioned, Phil Rudd is a celebrated name in the instrumental world. His contribution to the music industry till now is appreciable.

However, Phil Rudd could not be as fortunate in his relationships as his career. The drummer got hitched with New Zealander Lisa O’Brien in 1983 with the involvement of family friends.

The ex-partners seemed to be happy with their marriage for two decades. The ex-pair was lucky enough to welcome four children during their marriage. However, things started getting worse, and finally, they parted ways in 2006.

The master of minimalism, Phill Rudd, has somehow managed to keep his personal life away from the limelight. That is why not much is known about his former wife, Lisa O’Brien too.

However, he has good relationships with his children and is seen spending quality time with them. The well-known drummer perfectly carries out the responsibility of a father even though his romantic relationship with ex-wife Lisa did not end well.

Phil Rudd’s partner, Michelle Cutelli, has established herself as a renowned photographer. During the initial phase of her career, she even worked as a makeup artist for a state-owned television network.

For now, Rudd’s girlfriend is active in her own photography business in Rotorua. Furthermore, Michelle is getting good reviews and support from the public. We can also go through her photography skills on her photography page. Besides being a dedicated photographer, Michelle is also a doting mother of her child, Sebastian Cutelli.

Phill and Michelle first met in a stereo shop where Cutelli worked. After the frequent visit, the friendship turned into a romantic relationship. Everything was going well until Cutelli went to Melbourne to pursue her career. This brought a full stop in their relationship.

The popular musician, Phill Rudd’s then-ex-girlfriend, spent ten years in Melbourne away from her native land and her ex-lover. During that period, she worked as a hair and makeup artist for many high-profile celebrities. The ex-pair had not any hope of meeting up again. All of a sudden, they met in 2015, where Michelle had to photograph Phil.

After the second meeting, The gorgeous photographer, Cutelli, gave Phil a second chance despite learning about his bad reputation. The second chance turned out to be fruitful for the pair to strengthen their friendship and relationship.

Back in 2016, the former couple talked about their relationship. They revealed that they were taking their new romance one day at a time and were in no hurry. Cutelli was even there when the drummer had his heart surgery which seemed like the ex-couple was made for each other.

Nevertheless, the former couple has not talked about their love life since the 2016 interview. So it is not confirmed if the pair are still together or not. This shows that both Phil and Michelle prefer privacy and only open up about their lives on their own terms.

Nevertheless, we hope Phil Rudd is living his best life with his children and working on his first love, i.e., music. Well, we can only wish him good luck for his future and love life.