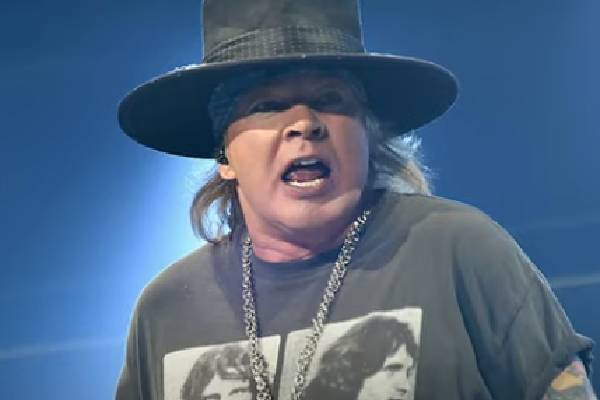 Axl Rose has been in relationship many times. Image Source: Social Media.

William Bruce Bailey, who is professionally known as Axl Rose, is a famous American musician, singer, song composer of the hard rock band Guns N’ Roses. He is a celebrated but controversial figure in the world of music. Various media outlets, including Rolling Stone and NME, have named Rose the greatest singer of all time.

Rose’s personal life is as rocky as his profession. He was frequently in trouble with the police and spent time in jail for public intoxication and battery charges. Over the years, Axl had been in a love affair with many ladies. Let’s talk about the renowned musician’s love affairs, relationships, and breakups.

As mentioned above, the lead vocalist, Axl, has been in a relationship with many top names. He has dated a list of celebrities and has managed to add their name under his long list of girlfriends. However, most of his relationship didn’t have a good run and resulted in sour terms.

Here is a list of names that were linked with the talented singer Axl Rose.

Erin Everly Is The Only Wife Of Axl Rose Till Date

Axl Rose’s was married to a former model, Erin Everly, for a short period of time. The ex-partners started dating in 1986 and eventually tied a knot on April 28, 1990, during a wedding ceremony held at Cupid’s Wedding Chapel in Las Vegas.

Axl Rose’s ex-wife, Erin Everly, lost her baby due to miscarriage after some months of their marriage, which led to the breakdown of their relationship. The marriage ended in early 1991. Later Erin claimed that her ex-husband, Rose, had threatened her to marry him.

Axl Rose Had A High-Profile Relationship With Stephanie Seymour

The musician Axl Rose also had a relationship with an American model and actress, Stephanie Michelle Seymour. Both of them had been in several high-profile relationships before they got together.

Immediately after his relationship with Erin ended, the lead vocalist Axl Rose started dating Stephanie Seymour. She even starred in two music videos for Guns N’ Roses’ song. The ex- duo got engaged in 1993, but their relationship could not last long, so they broke up.

According to some online sources, soon after the breakup, Victoria’s Secret Angel, Stephanie revealed that getting involved with Axl was a great mistake as he was a violent person.

After this news was circulated, Axl Rose filed a lawsuit against the American model, charging her for assault and recovery of more than $100,000 worth of jewelry which he claimed to were stolen. According to People magazine, the jewelry which Stephanie had reportedly stolen included a diamond, a gold necklace, and a 4.5-carat diamond engagement ring.

This legal battle continued when Seymour counter-sued Axl stating that he physically abused her. She also asked Axl Rose’s ex-wife, Erin Everly, to attend the court and clarify the abuse Axl gave her. After the long process, the lawsuits were eventually settled.

Soon after the breakup with Axl, Seymour started dating a real estate developer, Peter Brant, and to date, the pair is living a happy life with their three children, Peter Brant Jr. Harry Brant, and Lily Margaret Brant.

Besides these, Axl Rose was rumored to be dating many other girls who are tabulated in the table below:

Hence, Axl Rose was in a relationship with numerous ladies. However, he always avoided marriage after Erin Everly. But, we hope he might change his mindset regarding marriage in the future.