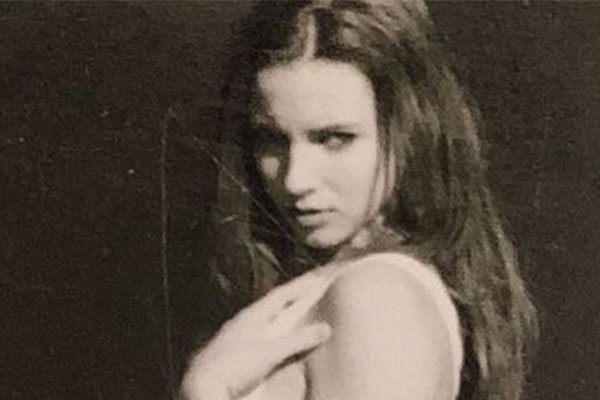 Erin Everly and Axl Rose dated each other for four years and got married for nine months. Image Source: Eres Portman Instagram.

Axl Rose, born William Bruce Rose, is a famous American singer, musician, and songwriter. He is well-known as the co-founder and singer of the American hard rock band Guns N ‘Roses. The band formed in 1985 is still active in the present. Moreover, Axl Rose is still the only original member of the band and authors most of the hits due to which the band Guns N ‘Roses’ popularity has increased.

The famous singer Axl Rose has dated several women in his life but has tied the knot with only one woman. He was married to Erin Everly. While many have ideas about the musical icon’s whereabouts, fans are left curious about what is Rose’s ex-wife has been up to these days. So, here are seven facts about Axl Rose’s ex-wife Erin Everly.

Erin Everly Was Born In A Celebrity Family

Erin Everly was born Erin Invicta Everly, in the year November 8, 1965. She was born to famous singer Don Everly and his wife, actress Venetia Stevenson. Her dad, Don Everly, is popular as one of the members of the renowned duo the Everly Brothers alongside his brother Phil Everly. The duo was popular for steel-string acoustic guitar playing and close harmony singing.

Erin’s mother, Venetia Stevenson, is an English-American actress who has starred in several movies and series. Former actress and model later became a clothing designer. She was popular for her photogenic beauty. After getting married to Don Everly, she retired from acting and modeling.

Erin grew up with his sister Stacy Everly, and brother Edan Everly, in Los Angeles, California. Both of them are engaged in the entertainment industry. Erin’s brother, Edan Everly, is an American singer-songwriter and musician. Her sister, Stacy Everly, is a model and actress known for her work on Vice Squad, Nice Girls Don’t Explode, and Hollywood Vice Squad.

Being born into a family of entertainers, Erin also became interested in the world of glitz and glamor. She modeled for Wilhelmina Models and appeared in various ads and commercials in the 80s.

Met Axl Rose at a party

Erin met her ex-husband for the first time in 1986 at a party in Los Angeles. Erin, who was only 19 years old at that time, was starting her modeling career in New York City. On the other hand, Axl was still a struggling rock musician.

The duo quickly fell for each other. During an interview with People Magazine, she described her relationship with Axl as the first relationship she had had. She also added that the instant connection with him felt like the union of two people who did not have much but had found each other.

Got Married To Axl for A Brief Period Of Time

Four years after dating each other, Axl and Erin tied the knot on April 28, 1990, in Las Vegas. However, one month after their marriage, Rose filed for a divorce. The couple reconciled and got back together after finding out that Erin was pregnant. But she suffered from a miscarriage in October 1990, and they the bumpy roads in their marital life started. The marriage between them was annulled in January 1991.

Filed A Lawsuit Against Rose

Three years after their marriage was annulled, Erin filed a civil lawsuit against Axl Rose in 1994. She claimed that Rose had physically and emotionally abused her throughout their marriage. She also stated that he hit her with “foreign objects,” spit on her, and dragged her by the hair. Rene Tatro was her attorney at that time. Axl Rose settled the lawsuit by paying his ex-wife an undisclosed sum.

Though Erin Everly and Axl Rose’s marriage did not work out, and they were only married for a brief period of time, they dated each other for quite a long time. The instant connection the duo felt during their first meet lead to a relationship for four years. Erin was the inspiration for the Guns N ‘Roses song “Sweet Child O ‘Mine.” The music video featured Erin along with some other girlfriends of the bandmates. It was reported that the song described Erin’s eyes and smile and also how she was Axl’s “sweet love of mine.”

The song received good reviews and was a great hit, and it reached number one on the US Billboard charts Hot 100. It was also the first and only song produced by the band to become the number 1 single in the US.

Remarried And Has Three Children

After Erin’s marriage with Axl Rose was annulled, she dated some celebrities like David Arquette, Anthony Kiedis, Matthew Nelson, Donovan Jerome Leitch, and Matthew Klyn. In 1997, she got married to a businessman Jack Portman. They had three kids together- Easan Portman, born on April 14, 1996, Eres Portman, born on August 5, 2000, and Esper Portman, born in 2009.

Erin and Jack divorced each other in 2006. She is a single mom and currently lives in Atlanta. She lives a private life and loves to keep her personal life out of the spotlight and the media.

As states earlier, Erin Everly and Axl Rose were married for a few months. Almost 20 years after their failed marital life, Erin auctioned off the mementos from their brief union in 2013. The items included candid photos of Rose, letters that Rose wrote to her, clothing he wore in music videos, handwritten song lyrics, and their marriage certificate. She sold the personal items of their time together through Julien’s Auctions in Beverly Hills, California. The part of the auction titled “Icon and Idols 2013: Rock N’ Roll.”

Erin has remained out of the spotlight for a very long time. All we can assume is she is doing great for herself personally.