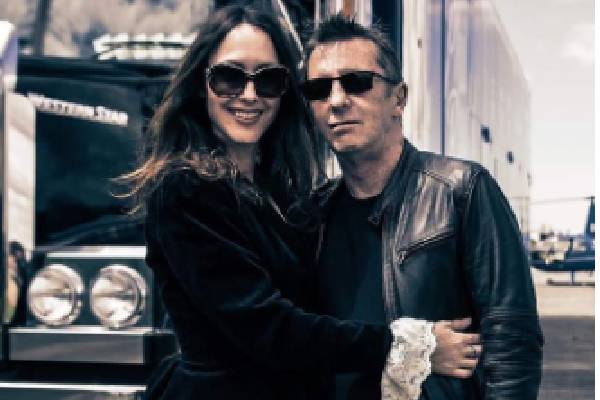 Phillip Hugh Norman Rudd, who is well-known as Phil Rudd, is a popular Australian drummer of AC/DC. He has contributed a lot to the music industry, especially to the band AC/DC for many years, and has sold millions of hit albums.

The famous drummer, Phil Rudd, who has been dubbed one of the greatest drummers of all time, decided to follow his passion in the music industry. And while he has found fame due to his works, Phil gets embroiled in many controversies due to events in his personal life.

The only Australian member of the AC/DC band, Phil Rudd, is highly secretive about his personal life. However, we are well-known for his romantic relationship with the beautiful Michelle Cutelli. At present, everyone is wondering if Michelle is still Phil Rudd’s girlfriend or has the couple split-up. Stay till the end to get the answers.

Michelle Cutelli Met Phil Rudd When She Was Twenty

The talented drummer, Phil Rudd, got together with fashion photographer Michelle Cutelli after his divorce from his former wife, Lisa O’Brien. However, the pair first met when Cutelli was just twenty. At that time, Cutelli worked in a stereo shop in Rotorua, and Rudd also lived there so, he visited the store often.

Whenever AC/DC drummer Phil made his visit to the shop, he greeted Cutelli and asked for dates. After several requests, Cutelli finally went for lunch with him. The ex-couple had dated for a year, and Cutelli ended it to pursue her career in Auckland and Melbourne.

Although Phil Rudd’s girlfriend, Michelle, went to Melbourne to pursue her career, she returned home to have her son Sebastian Cutelli. During her ten years in Melbourne, she worked as a hair and makeup artist to many high-profile personalities, including Cate Blanchett. She also got a chance to handle the makeup department for the annual event of fashion, arts, ideas, and creative endeavor, Melbourne Fashion Week.

They rekindled their friendship when Cutelli photographed Phil in 2015. The gorgeous photographer did not believe in the bad images of Phil and gave him a second chance. According to her, a person can only open up and be themselves if we gain their trust. The second chance helped a lot for them to develop their friendship as well as budding relationship.

The pair talked about their relationship on various occasions in 2016. Phil Rudd’s then-partner revealed that the pair were taking their new romance one day at a time and were in no hurry. She was even there when Rudd had his heart surgery. It seemed like the couple was made for each other. However, since the 2016 interview, neither Phil nor Michelle have talked about their love life. So, it is hard to confirm if the pair are still together. Whatever might be their current relationship status, we hope both of them are happy with their lives.

Michelle Cutelli Is A Fashion Photographer

While she has not talked about her life, Phil Rudd’s partner, Michelle, has found fame as a fashion photographer. As stated above, she was a makeup artist for many celebrities for 10 years in Melbourne. She also worked at a state-owned television network, Television New Zealand as a makeup artist for Paul Holmes Show.

Regarding her education, Michelle studied in a large co-educational school in Rotorua, Western Heights High School. Though she had an interest in styling and fashion, Phill Rudd’s girlfriend also jumped into makeup. Besides, she has been awarded with New Zealand Hairdresser Of The Year and been selected as the spokesperson of the largest cosmetics company L’Oreal.

After returning from her ten years stay in Melbourne, Michelle worked as the head photographer for Rotorua Fashion Designer Kharl WiRepa.

She is now working in her own photography business in Rotorua and is getting good reviews from all over. Her photography skills can be viewed on her website. She has been commended for being a talented photographer and make-up artist and for being a genuinely loving person.

Has A Son Named Sebastian

Besides being a hard-working photographer, Michelle Cutelli is also a doting mother of her child, Sebastian, born in December 2006. Michelle seems to be a secretive person when it comes to her offspring. However, she frequently posts pictures of her son on social media and provides both father and mother’s love and care.

In her Instagram post, she has mentioned her baby boy is studying in the same school where she studied and is giving great performances at his academic level. Sebastian also loves cars, and in 2016, Cutelli revealed that he loved riding Ferraris with Phil. While it is unclear if Michelle Cutelli is still Phil Rudd’s girlfriend, we hope that her son is in constant touch with the AC/DC drummer.

Michelle also had a good relationship with Phil Rudd’s daughters. She used to guide the girls for fashion and provide them with creative ideas about the field.

Let’s hope the blended family are still in touch and are living their life in bliss.