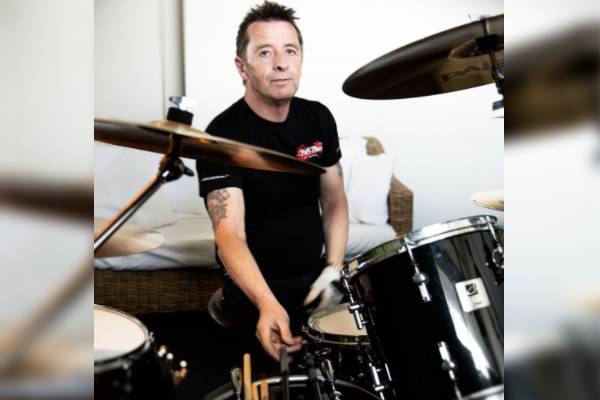 From being the highly talented member of the Australian hard rock band to getting embroiled in a controversy, Phil fit the bill of an ultimate rockstar. Despite that, he is the father of six children with his wives and other partners.

Today we will be talking about Phil Rudd’s children and their whereabouts.

Aforementioned, Rudd is one of the most reputed names in the instrumental world. However, he has not been as successful in his married life as in his career. The notable musician got hitched with New Zealander Lisa O’Brien in 1983 and shared four children. The world-famous rocker has somehow managed to keep his personal life away from the limelight, so only little is known about his former wife.

The ex-couple welcomed three daughters Tuesday Rudd, Milla Rudd, and Lucia Rudd, along with one son Jack Rudd during their 23 years of marriage. Unfortunately, Phil and Lisa parted ways in 2006. Although there are frequent controversies about Phil Rudd, he has managed to keep his childrens away from the media.

Phil Rudd’s daughter, Tuesday Rudd, is actively involved on social media, where she has mentioned her graduation on Beauty Therapy from Tai Ohomai Institute Of Technology. She has joined Lashes By Tue to pursue her career. Therefore, it is pretty safe to suppose that she has a keen interest in glamour fields. There is no doubt that Tuesday is living a splendid life.

Milla Rudd also followed the footstep of her sister. She has completed her studies at Tai Ohomai Institute Of Technology and is in a relationship with Aiden Mercer. Additionally, she organizes charity programs and helps needy people during her important occasions.

Another one of Phill Rudd’s baby girls, Lucia Rudd, is interested in creative photography. She has shown her keen interest in a different field than her sisters and posts her photographs on her Instagram handle, Luciascreative.

In addition to her photography page, Lucia also operates her personal Instagram where she shares pictures of her everyday life. Rudd has shared that she is in a healthy relationship with her partner Liam Merson, and the pair are enjoying their life together.

Jack Rudd is the only son of former couple Phil and Lisa, who is working as General Director at NZ Body Scans. According to NZ Herald, he was misusing his father’s name to get off the charges for which he was convicted. Previously, his conviction had involved a driving offense.

The incident took place when Phil Rudd’s son had been out with family members and grossly intoxicated. He got into a confrontation with a man and the situation became worse when Jack punched him in the face and followed aggressively although the woman nearby tried to stop him. He also smashed the face of another man.

After Jack was taken to the police station, he expressed disrespectful behavior towards the police officers. He wrote a thoughtful letter of apology to the two-man whose face he had smashed and paid some amount for court costs.

The incident seems to be in the past as Jack Rudd is now a married man. He got hitched with his best friend Alison Rudd in an event organized with the appearance of family friends.

Two Sons From A Relationship With A French Woman

Phil is also the father of two sons named Tommy and Steven from his relationship with a french woman. However, Phil’s baby mama’s name is yet to be revealed.

Unlike his siblings, Thomas Rudd or Tommy Rudd also keeps his information under a wrap. Rudd is a married man living happily with his children and wife and creating good memories. Tommy is also found to be fond of keeping dogs as pets. Although Tommy has not revealed his personal information, we hope that he opens up about his life in the future.

As for Paul’s other son, Steven Rudd is a fitness trainer at Aspire Health and Sports in New Zealand. He is actively involved in exercise activities and strength training, which makes him fit and healthy.

Despite coming from a family involved in music, Phil Rudd’s childrens are pursuing a career in various other fields. Though they chose different careers, they are finding success in whichever field they chose.

Thomas Rudd Said His Father Is A Good Guy

There is no doubt that Phil Rudd has always been respected by their children. When Phil Rudd was arrested in Tauranga for some controversy regarding the belonging of amphetamines and cannabis drugs, he was also charged with getting a man to murder two other men. Thomas defended, saying that his father might not be the perfect one, but he won’t harm other people.

Images found on the internet show that Phil is fond of and enjoys the company of his children. Hence, it is pretty safe to assume he has maintained a strong bond with his kids. Let’s hope we get to learn more about Phil Rudd’s children and their loving bond in the coming days.