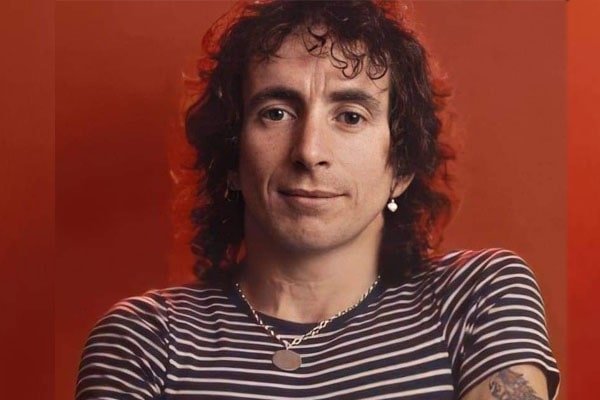 Bon Scott is a familiar name to Australian rock music lovers and those who are in the music field. Many people around the globe recognize him for his AC/DC’s iconic voice. He began his career as a musical artist in 1966 by starting his first band, the Spektors. Scott toured with a couple of already famous bands and gained minor success. Later, in 1974, he had a motorcycle accident which changed his whole life. After recovering, Scott joined the internationally known band AC/DC as a frontman, where he sang the 70s hits like Highway to Hell and Night Prowler.

However, singer Bon Scott’s AC/DC legacy lasted just six years. The wildcard member of AC/DC who had a reputation for raucous partying passed away in 1980. Still, mystery surrounds Bon Scott’s death. So, what was the real reason behind Scott’s sudden demise? Stick with us till the end to know more about it.

The original frontman of the Australian hard rock band AC/DC, Bon Scott, loved partying hard. But the party of 18 February 1980’s night became his last. That night he climbed into a backseat of a car in London after being completely drunk at a party in a local club. His friends left him in the car to let him sleep that night. But, when they returned the next day, Scott was already gone.

Some days before Bon Scott’s death, he was in London working on AC/DC’s upcoming album, Back in Black. As usual, it was a moment of celebration and wild partying for the heavy drinker, Bon Scott. So, on 18 February, Scott met his friends at the Music Machine club in London, where he drank heavily. After that, he went into his friend Alistair Kinnear‘s car, and his friends let him sleep there.

The next morning, on 19 February 1980, when Kinnear and Scott’s other friends went to see him, they found him still. Scott was hunched in the back seat with the car seats covered in vomit. Consequently, people speculated that the vomit had traveled into his lungs, choking him to death. Bon Scott’s funeral took place in Fremantle, Western Australia.

Many speculations arose after the legendary singer Bon Scott’s death. Over the years, people have shared their views on the events that took place at Scott’s death place. However, no speculations have been proven to date. While people shared several hypotheses, the official cause of the death as listed on the death certificate of Bon Scott was acute alcohol poisoning and death by misadventure.

However, many denied the reason stated on Bon Scott’s death certificate as the idea that a seasoned drinker like Bon would die after few drinks seemed dubious. Author Jesse Fink also wrote that Scott was a prodigious drinker. So, just seven double whiskeys could not put him in the ground. As a result, Scott’s fans and some media even suggested that someone might have murdered him.

Furthermore, some even speculated that drugs might have played a major role in Scott’s death. He was a heroin user, and heroin dealers were with him the final night he partied. Scott might have overdosed heroin by the time of his death. The addition of alcohol could have killed the singer.

Also, Scott used to party with friends whom his bandmates rarely knew, and probably, he himself also might not know well. Who Scott was with and what exactly happened that night is still a mystery. As mentioned earlier, reports claim that Scott was with Alistair Kinnear, who told in interviews that Scott was physically incapable of moving. So, he left him in the car, putting the seat back so that Scott could sleep with comfort. After the interview, Kinner disappeared and has never been heard ever since.

So, to this day, the real cause of the death of Bon Scott is a puzzle to everyone.

Who Replaced His Place In AC/DC After His Death?

After the sudden demise of Bon Scott, the band in which he was a lead singer, AC/DC, was in a dilemma either to continue or not. But, they had to pick up the pieces and move ahead. So, they signed Brian Johnson in place of Bon Scott as their lead vocalist. And, we all know, AC/DC continued gaining success and fame among people worldwide. They released their then-hold album, Back in Black, five months after losing their original singer.

Many claim that Scott wrote much of the songs featured on the album, Back in Black. One of Bon Scott’s ex-girlfriends said that she had seen his journals and notebooks with lyrics of the album’s song, You Shook Me All Night, before his death. So, Scott’s fans felt that he deserved credit for the album instead of his replacement, Brian Johnson.

It has been over four decades since Bon Scott left this earth. But, still, the songs he wrote and sang are loved by many. Scott is always alive in people’s hearts through his creations.