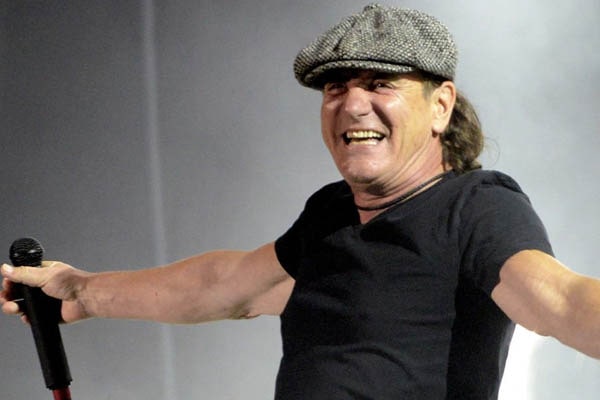 English nationality holder Brian Johnson is one of the most recognized faces in the field of music. He is globally famous as the lead singer of the Australian hard rock band, AC/DC, founded by Young brothers Angus Young and Malcolm Young. Johnson joined AC/DC after the death of its former frontman, Bon Scott, in 1980. He and his other band members were inducted into the Rock and Roll Hall of Fame in 2003. Johnson had stepped down from touring with his band due to hearing problems in 2016. However, he rejoined AC/DC in 2018 to record their 17th studio album, Power Up. Besides, Johnson is also the founder of the rock band Geordie which was active in the 1970s.

Before exchanging the wedding vows with beautiful Brenda Johnson, Brian Johnson was in a marital bond with Carol Johnson. He married Carol in 1968 while he was still struggling in his music career. They welcomed their daughter, Kala Johnson, five years after their marriage in 1973. Kala joined the family some years after her elder sister, Joanne Johnson, who was born the same year their parents married.

Brian Johnson seems to be a very protective dad as he rarely brings his daughter to public events. As a result, very less is known to the media about Brian Johnson’s daughter, Kala Johnson’s childhood, the schools she attended, and her likes and dislikes. However, being the youngest daughter of a well-known personality, Kala Johnson might have had a great childhood full of luxuries.

Since Kala Johnson’s parents, Brian and Carol Johnson, separated officially in the late 1980s, her parents shared her custody. Though her mom’s life after divorce from her father is unknown to the public, her dad married Brenda Johnson. Unlike many other kids, Kala accepted her step-mom as soon as she joined the family. She enjoys attending family get-togethers and traveling to various places with her father, sister, and step-mom.

Represents Her Dad In Various Events

Though Brian Johnson’s daughter Kala Johnson rarely appears in public events with her celebrity dad, she sometimes represents him at several awards and commemoration ceremonies. She receives Brian’s awards and honors when he cannot attend them due to his busy schedules.

In 2017, Newcastle and Gateshead added Brian Johnson along with Mike Neville and John Grundy to their Walk of Fame. But, due to some unrevealed reasons, Brian could not attend the ceremony. So, his daughter, Kala, represented him. While talking to the Chronicle Live, she said that she felt good that Newcastle and Gateshead put her dad’s plaque on the Gateshead side as he was from Dunston. Brian Johnson’s other daughter, Joanne, and grandson, Edwin, also joined her at the ceremony.

Prefers To Live Her Life Low-key

Singer Brian Johnson is not the only person who is highly secretive concerning his personal and family life. His other family members, including his daughter, Kala Johnson, also seem to prefer to keep their personal life far from the media’s reach. So, besides fewer appearances in public events with family, Kala has not opened up about her family and professional life in public.

Brian Johnson’s daughter, Kala Johnson, is also not active on any social media platforms, and her famous dad also does not talk much about her in his media interviews. As a result, very few details are available on the internet about her. But, we hope she will soon join any social media so that we can know about her better.

The feminine given name Kala is of Indian origin, which means art.