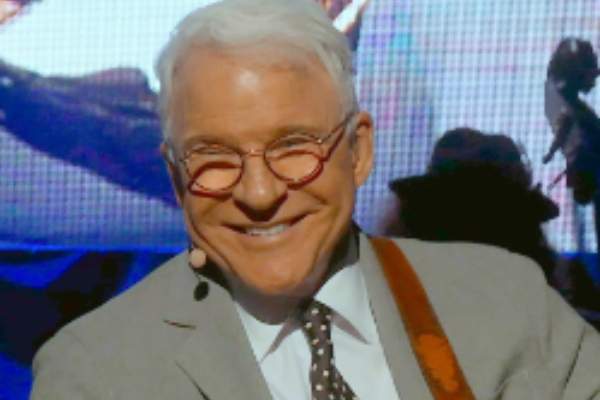 Stephen Glenn Martin, famously known as Steve Martin, is an American actor, comedian, writer, producer, and musician. He was born on August 14, 1945. Steve has received an Honorary Academy Award, a Primetime Emmy Award, and five Grammy Awards. He was raised in Inglewood and Garden Grove in California.

The renowned Cheaper by the Dozen actor’s second wife, Anne Stringfield, is the mother of his only child, Mary Martin. Follow along and learn more about Steve Martin’s daughter.

Shares The Name With Her Grandmother

Mary, Steve Martin’s baby girl, was born in December 2012. For years, the couple kept many details about their child, including her name, under wraps. Then, in 2013, during an appearance on David Letterman’s talk show, Steve joked that he named his daughter Conquistador. The pair, who tied the knot in 2007, couldn’t contain their excitement after they became a loving dad and mom of their little bundle of joy.

Steve and Anne successfully kept their daughter’s name and birth, a secret for a reasonable time. They, however, had to reveal it sooner or later. Furthermore, Steve Martin’s daughter shares the same name as her paternal grand-mom, as his mother’s name is Mary Lee. However, Steve’s mother could not meet her granddaughter as she passed away.

Her Father Prioritizes Her

The couple has done a fantastic job keeping their baby’s life private. Hence not much is known about Steve Martin’s daughter. However, Mary Martin’s dad made no secret that he only became a father once he was confident he’d be a good one. Steve said to the AARP magazine that if he had a child earlier, he might have been a bad father because he would have focused too much on his career.

Martin further stated that he is very open with her, which is great. Furthermore, he added by saying she gives him far more than he gives her. Moreover, now that Steve’s career has taken off, he told Australia’s Daily Telegraph about his life with his one and only daughter, Mary. Steve says it is wonderful as he has all the time in this world as he is settled and secure.

Steve Martin’s daughter is growing up in a household full of talents. For instance, Mary’s dad, Steve, is an established actor and comedian. Her mother is a professional writer and works as a staffer at The New Yorker. In addition, Mary’s maternal family is highly educated.

So, what will be Steve Martin’s baby girl, Mary’s main forte? Acting, comedy, or writing? It might be unfair to discuss about that soon. But let’s hope she makes her parents proud and becomes a successful personality.

Overall, Steve and Anne, along with their daughter Mary seem to be living a comfortable private life away from the social media lens. We wish them the very best and hope they reveal more about their life and their daughter’s life in the upcoming days.

The name Mary originated from the ancient Hebrew name Miriam. In the Old Testament of the Bible, Miriam was the name of Moses’ sister. This name could be derived from a root meaning beloved or a word meaning bitter or rebellious.