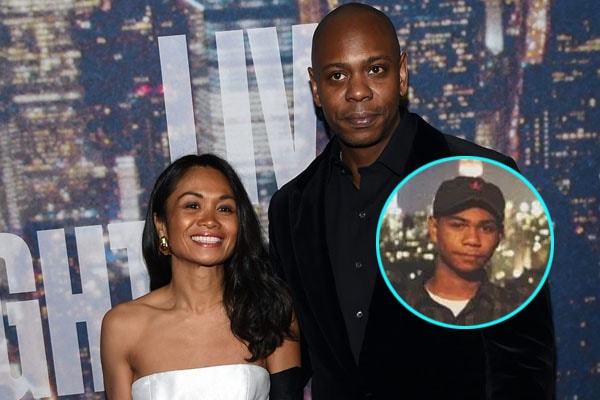 Sulayman Chappelle is Dave Chappelle‘s son with wife Elaine Chappelle. He was born in 2001 as Dave and Elaine’s first child. The couple also married the same year they welcomed their firstborn Sulayman.

Sulayman is the older brother to other two adorable children of Dave and Elaine. His younger siblings are Ibrahim Chappelle and Sonal Chappelle. They reside in Yellow Springs, Ohio with their famous parents.

The American stand-up comedian Dave Chappelle’s son Sulayman was the best thing that happened to him. Later followed by his two other kids Ibrahim and Sonal. Dave is surely a proud father as his son Sulayman has given him a reason to be one. Back in 2015, TMZ reported that Sulayman was learning boxing at Pacquiao’s Boxing Gym. The actor gushed that his son could possibly go pro. Well by this time we guess he has already polished his moves and can set the rings on fire.

Dave is one of those fathers who prioritize their children’s interest. Sulayman is one of the luckiest people to have such a supportive dad. He had an interest in boxing, and his super cool father let him do that. We guess he is proudly hitting the gym after all he has his father’s support. Also, he may be in the last year of high school.

Since Dave and Elaine are secretive about their personal life, there is not much insight into the children’s lives as well. However, they are seen in the public sometimes with their parents. The limited pictures of the family show that Sulayman is growing healthy and handsome along with his siblings. We assume he is still continuing his boxing hobby and has a plan to make it big someday.

The name Sulayman is the Arabic version of the name Soloman which means man of peace. Both of Dave Chappelle’s sons have Arabic names.