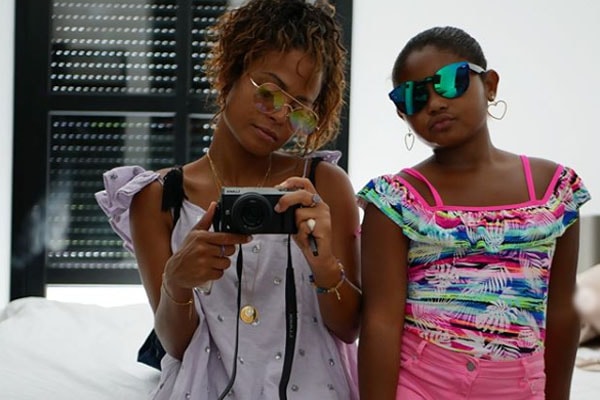 The American actress Christina Milian‘s daughter Violet Madison Nash was born on the 26th of February, 2010. Christina had her daughter with her ex-husband The-Dream. Violet is the only child of Christina and the fourth kid of the producer The-Dream.

According to Christina, her little one Violet was born with “a full head of hair.” Violet Madison Nash has not got any sibling, but she has got plenty of half-siblings as her father The-Dream has got a total number of eight children. Violet Madison has got three elder half-siblings named London Nash, Christian Nash and Navy Talia Nash, children of her father The-Dream and his ex-wife Nivea. She has got four younger half-siblings named Heir Nash, Lord Nash and Maverick Nash, children of Lalonne Martinez and The-Dream. The name of The-Dream’s son with ex-partner Lydia Nam is still not disclosed.

It may come as a surprise to many people but Violet Madison Nash is already a social media star. The 8-year-old  has gained over 94K followers in her Instagram profile at such a very young age and only time will let us know how much more she will gain in the coming days.

As per her account’s description, Violet Madison’s Instagram is run by her mother, Christina Milian. Most of her feed is filled with her cute and adorable photos where she can be seen enjoying. At times she also uploads photos and videos alongside her dad The-Dream.

The cute and chubby Violet Madison Nash and her mother Christina Milian tend to spend a lot of time together. The mother-daughter duo can be spotted in different places having a lovely time.

As both The-Dream and Christina Milian are a celebrity people, Violet will have it easy to start a career in the world of entertainment. Plus when she will decide that we are sure that she will get all the help required from her parents.

The name Violet is from the Old French word Violette which is a derived form of Latin word viola, a musical instrument.

As for the name Madison, it is derived from the word “Madde” which means “mighty in battle.”