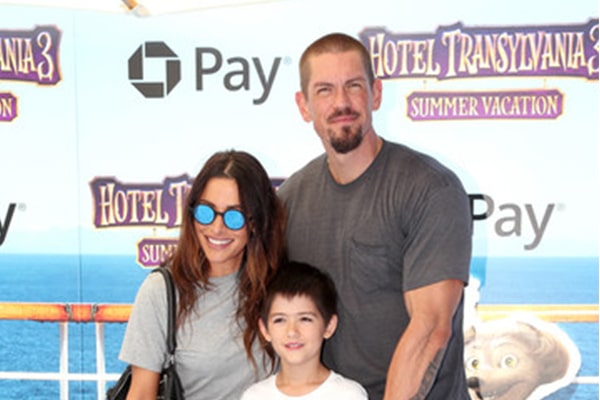 William Wolf Howey, the eldest son of Sarah Shahi and her husband Steve Howey, was born on July 8, 2009. The mama of the 10-year-old William Wolf, Sarah Shahi is an Iranian- American Actress known for her role in TV series People of Interest. As for his father, Steve Howey is also an actor known for his role in TV series Reba. After getting engaged back in 2007, both of William Wolf Howey’s parents got married in February 2009.

William Wolf Howey is the eldest son and has twin siblings, a brother named Knox Blue Howey and a sister named Violet Moon Howey. Being the first child and the symbol of love of his parents, let’s know more about Sarah Shahi’s son William Wolf Howey.

Has A Loving Mother

The Iranian beauty, Sarah Shahi, gave birth to her first child William Wolf Howey after only five months and two days of her marriage with hubby Steve Howey. With the first time experience of being a mother, she revelead to Life & Style Magazine that it was a huge responsibility, and she is happily adjusting into adult life back in 2009.

Sarah Shahi shares about how much she loves William’s every act and find it adorable. Even the small bubbles formed by his farts, mommy Sarah, found it cute.

Son of An All-Rounder

William Wolf Howey’s father, Steve Howey, is a well known American TV and Movie Actor. The 42 years old ‘Shameless’ star is not only a talented actor but also a writer-producer and entrepreneur. The hunk actor can be seen with his eldest son in many movie premiere events, along with his beautiful wife, Sarah Shahi.

We can see that William spends a wonderful time with his handsome papa Steve Howey and shares a great father-son bond.

An Ocean Of Love

With the interview with Life & Style, Sarah Shahi told about her melancholic childhood memories. She grew up knowing how much of an irresponsible husband and a father can be. With that impression in her mind, Sarah didn’t want to get married or have kids. However, these misconceptions turned into bliss after meeting the love of her life Steve Howey and getting William Wolf Howey as a present.

Sarah Shahi’s cute boy Wiliam Wolf Howey has a middle name ‘Wolf,’ and the reason behind it is filled with sentiment. William’s mama Sarah Shahi calls papa Steve Howey ‘ Wolfie’ as he has fangs and looks like a wolf.

When William was born, the parents were having a difficult time deciding on a name. Later, they decided on ‘Wolf’ as it has a sentiment and meaning.

We can see that the cute William Wolf Howey has a great relationship with his celebrity parents and twin siblings. Whereas, we hope William will find his own dream and achieve with his lovely family’s support.

The name William is of English origin, meaning Resolute protector; will.