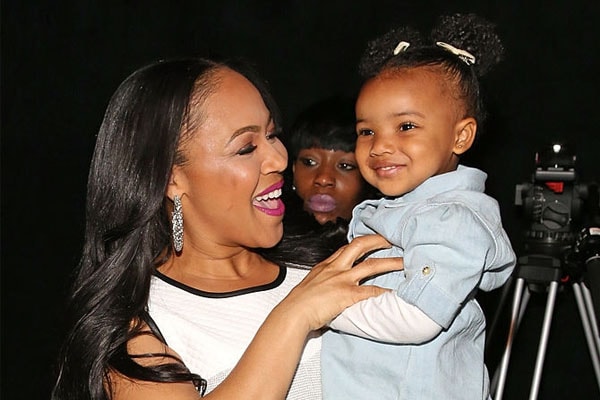 Singer Erica Campbell‘s daughter Zaya Monique Campbell was born on the 24th of January 2012 with husband, Warryn Campbell. During the time of the birth, Zaya was weighed in at 6 pounds and 12 ounces.

The whole Campbell family was happy to add a new member to their family. After the birth of her third child Zaya, Erica stated that God is awesome. Zaya Campbell is the third child of Erica Campbell. She has an elder brother named Warryn Campbell III and an elder sister named Krista Nicole Campbell.

Just like the singer Fantasia Barrino’s son Dallas Xavier Barrino, the youngest daughter of Erica Campbell, Zaya loves singing. It seems that Erica has passed down some singing genes to her daughter Zaya Monique too. The “Still My Child” singer uploaded a video on her Instagram handle of Zaya showcasing her singing skills. The little Zaya may need some more training, and who else to get it from than her singer mother.

Who knows, Zaya Monique Cambell might also end up being a massive singer like her mother, or even much more than that. Despite having a busy schedule, Erica somehow takes out time to spend some quality moments with her daughter. It seems though that the little Zaya is indolent when it comes to school. Poor little girl, most of us have been in that phase, haven’t we?

Nonetheless, Erica Campbell’s daughter Zaya doesn’t stop being a cutie. Erica takes her youngest one with herself to recording studios too. It looks like Erica loves spending with her adorable daughter.

Zaya Has Got Nice Bonding With Elder Siblings

There is one perk of being the smallest of the family, and that is that everyone adores you. As Zaya is the youngest among the three children of Erica, she has got a beautiful bond with both of her elder siblings. Plus both Warryn Campbell III and Krista Nicole Campbell, her elder siblings love her a lot.

The name Zaya is of Native-American origin. It means a woman who wins.

And as for Monique, it is a Greek baby name which means “alone or advisor.”