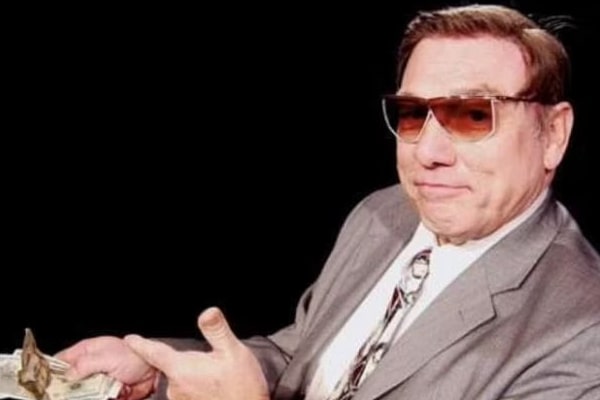 Without any further ado, below, let’s look at John Cena’s father, John Cena Sr., and know him better.

Married To The Daughter Of MLB’s First Baseman

John Cena’s father, John Cena Sr. is married to Carol Lupien who is of French-Canadian & American descent. Information regarding their love life is completely kept away from the spotlight.

Despite the lack of information available of John Cena Sr. and Lupien, they were blessed with five sons.

John Cena Sr. Is A Father Of Five

John Cena Sr. was blessed with five healthy sons with his wife. All of his boys are as huge as the WWE superstar but have pursued careers of their own.

The eldest born, Stephen Cena also known as Steve Cena, is a voice & stage actor and also a puppet artist. He is a proud gay man and even appeared with his partner on an episode of Total Divas.

Steve is followed by John Cena, and after Cena is Dan Cena, who is a police officer sergeant. On the other hand, John Cena Sr.’s son, Matt Cena might be the biggest in terms of size in the family. He is way bigger than his WWE brother and works as an automotive service director in Ira Toyota Manchester at Group 1 Automotive.

Lastly, Sean Cena keeps himself away from social media, making it hard to find details regarding him. Nonetheless, all of Cena’s boys are huge, massive, and settled in their respective lives.

John Cena’s dad, John Cena Sr. was born on June 16, 1944, in Massachusetts, USA. The 76-year-old has Italian ancestry and previously worked as an announcer for Chaotic Wrestling.

Back in his Chaotic Wrestling days, Cena’s old man went by Johnny Fabulous and mainly handled the broadcasting work. The American independent wrestling promotion began in 2000, operating throughout New England, making Massachusetts its home base.

February 2oth 177 West Street, Malden, MA a great night of professional wrestling. Meet and greet with some great no Fabulous surprises. This is a must see must attend. See you there. pic.twitter.com/0wyvIyneKp

Since Cena Sr. is from around, he was called and is even an alumnus of the promotion. Though details regarding this departure with the company are undisclosed, the promotion is still running. Nowadays, John Cena Sr. is a freelance wrestling announcer.

Some of the talents produced from Chaotic Wrestling are Sasha Banks, Kofi Kingston, Tommaso Ciampa, Damien Sandow, Dominik Dijakovic, and Oney Lorcan, to name a few.

John Cena Sr., other than being a wrestling announcer also served as the commissioner of East Coast Championship Wrestling (ECCW).

Founded in 1967, ECCW is home to the longest-running independent wrestling tournament in the country, the Super 8 Tournament. In December of 2019, the promotion was sold to Zanolle and is yet to air ever since.

As it was an independent promotion, the general wrestling fans were not aware of it, due to which information regarding Johnny Fabulous’s participation remains in the shadow.

WWE is well known for involving family members in its wrestling storylines and feuds. Since your son is one of the biggest WWE superstars during the “Ruthless Aggression” era, it was obvious to see John Cena Sr. involved in a storyline.

The Doctor of Thuganomics is a 16-times WWE world heavyweight championship, and he only became a big money superstar after his classic feuds with Randy Orton and Edge.

On the episode of RAW, September 17, 2007, John Cena’s father, John Cena Sr., got himself into a bad situation. The father of five had a match with his son’s biggest rival, Randy Orton.

The Apex Predator often had encounters with Johnny Fabulous during his feud with Cena. But things went a bit far when the audience witnessed a brutal beat down by Randy while John Cena was handcuffed in the side of the ring.

Though it was all fake and for entertainment purposes, it was heartbreaking to see someone beat an older man in front of his son. With a little help from former WWE superstar Cody Rhodes, Cena was able to break free and chase down the Viper.

On an episode of RAW, back in 2007, Randy also hit John Cena Sr. with his signature punt kick in the head, adding more fuel to his rivalry with his son.

Nevertheless, John Cena’s dad, John Cena Sr., is enjoying a happy retired life along with his wife as they have five sons who are looking after them. We wish the best to Johnny Fabulous for his overall health and well-being.