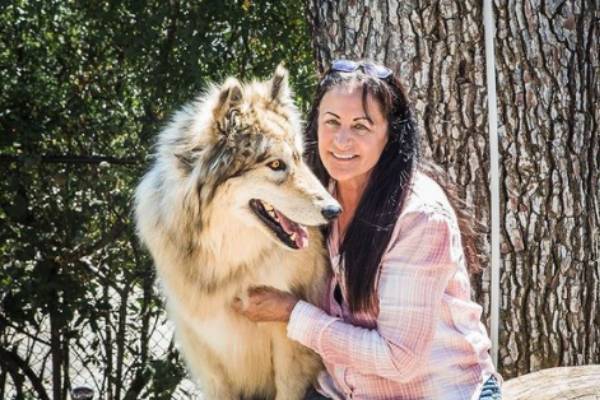 Kristen Jaymes Stewart is a talented American actress and filmmaker. The 31-year-old has had a very young and successful career in Hollywood. Stewart is for her portrayal of Bella Swan in the Twilight series and has also acted in many big films and television series Snow White and the Huntsman, Charlie’s Angels, Underwater, and Spencer.

Well, it seems like the talent runs in the family. Both Kristen’s parents are also from the entertainment industry. Her father, John Stewart, is a television producer and a stage manager while her mother, Jules Mann-Stewart, is a director, script supervisor, and filmmaker. Unfortunately, her parents have parted ways.

Nonetheless, Jules has worked with Kristen and her siblings in a movie. So, without any further delay, in today’s article, let’s learn some interesting facts about Kristen Stewart’s mother, Jules Mann-Stewart.

Jules Mann-Stewart is from Sydney, Australia. She was born on August 27, 1953. Jules and her estranged husband, John, are the biological parents of only Kristen and her older brother Cameron Blake Stewart. She and her ex-spouse have also adopted two sons, Taylor Stewart and Dana Stewart.

Jules’ eldest son Cameron was born on July 12, 1985, five years prior to her daughter Kristen’s birth. Talking about her adopted sons, Taylor is reportedly the same age as Kristen but was adopted when he was thirteen. Finally, Dana Stewart is the youngest child of the family.

However, besides her superstar daughter, Kristen, and eldest son Cameron, her adopted sons are not so familiar in the media. It seems like they prefer to live their lives away from the glamor world.

In August 2012, Kristen Stewart’s mother, Jules Mann-Stewart, filed for divorce after twenty-seven years of marriage with her spouse, John Stewart. She went ahead with the procedures and process without a lawyer. According to TMZ, she reported irreconcilable differences to be the cause of their separation.

But, the couple had already separated almost two years before filing for divorce. Daily Mail reported their separation date to be as early as June 15, 2010. Even though their marriage did not work, Jules and her ex-husband have done everything to support their children. Jules was also the first person to speak in support of her daughter when she came out as bisexual.

Her Daugther Is A Bisexual

Jules Mann-Stewart’s daughter Kristen Stewart has had a rough ride when it comes to relationships and love life. She dated Michael Angarano who was her Speak co-star from 2005 to 2009. Then, she was in a relationship with her Twilight co-star Robert Pattinson for four years. The fans loved and admired the duo both on and off the screen.

But, while dating Robert, Jules’ daughter was in an affair with her director Rupert Sanders who was married at that time. Later on, Kristen dated visual effects producer Alicia Cargile from 2013 to 2016. Then, in 2017, she came out as a bisexual.

Currently, Jules’ baby girl is engaged to screenwriter Dylan Meyer. The pair exchanged their rings in November 2021 and have plans to marry soon. Nonetheless, mama Stewart must be proud of her daughter’s career. She has always stood by Kristen and her decisions.

Aforementioned, Jules Mann-Stewart, has worked in the entertainment industry for more than four decades. She served as an editor in 95 episodes for The Comedy Shop in 1978. Jules has more than fifty credits under her name as a scriptwriter and supervisor. In addition, the talented mom of four has worked for some big movies and series like The Flintstones in Viva Rock Vegas, Scooby-Doo! The Mystery Begins, Noah, etc.

Apart from being a scriptwriter and supervisor, Kristen Stewart’s mom is also a writer, director, and producer. In 2012, she directed a movie called K-11. Her eldest son Cameron Stewart and daughter had a cameo in the film.

Nevertheless, it seems the Australian mother from Sydney is very fond and passionate about movies. Jules has also worked as an additional crew for the classic film Mortal Kombat.

Is An Animal Lover

It looks like Kristen Stewart’s mother, Jules Mann-Stewart, loves animals. On her Instagram, where she has about 14.9K followers, Jules actively advocates for a healthy and proper life for the animals. She can be seen visiting farmhouses, riding horses, and petting wolves on her social media.

Yes, you read that right. Kristen’s mother and elder brother both love wolves. They have lots of pictures of themselves with wolves and Jules even owns one. In fact, she even has an organization called the Jules Stewart Project, which sheds light on the negative impacts of wolf-dog breeding. The company helps to facilitate responsible wolf ownership.

We thank Jules for her contribution to animal protection and wish her all the best for her future.