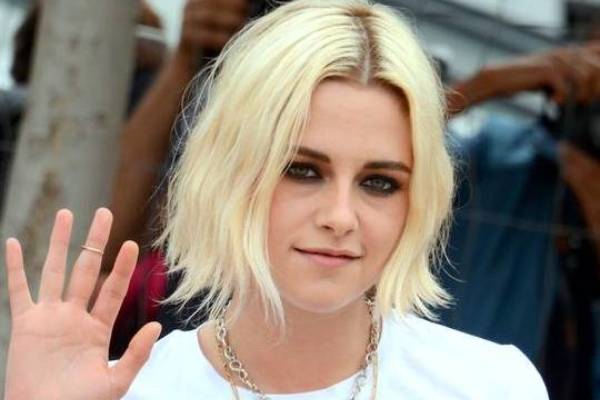 Kristen Jaymes Stewart is an American filmmaker and actress. She began her career in 1999 in a television series called Girl in Fountain Line. However, Stewart rose to stardom with David Fincher‘s 2002 thriller Panic Room. Since then, Kristen has appeared in numerous movies and hit television shows like Twilight, Into the Wild, Charlie’s Angels, and Spencer.

Apart from her illustrious career, Kristen has been in the buzz regarding her personal and family life. So naturally, this has generated eagerness among the fans to know about her private life. Stewart was born in Los Angeles and raised by her parents, who worked in the acting industry.

Furthermore, Kristen has one biological older brother, Cameron Blake Stewart, and two adopted brothers, Dana Stewart and Taylor Stewart. Hence, in today’s article, let’s get to know Kristen Stewart’s siblings. Are they all in the entertainment industry like her?

Among Kristen’s siblings, Cameron Stewart is her only biological brother. He was born on 12th July 1985 in Los Angeles, California, USA. Like his younger sister, Cameron also pursues his career in the entertainment industry. Kristen’s brother has worked in the camera and electrical department for many television series and movies. Some of the movies he has worked for are Tiger Eyes, Tropic Thunder, and Victorious.

Furthermore, Cameron has made a cameo appearance in the film K-11 as the Sledgehammer in 2012. The movie was directed by their mother, Jules Mann Stewart. Cameron has also worked as an actor for the music video of Black Veil Brides’ song Rebel Love Song.

In 2007, Kristen’s sibling featured in Vogue Italia modeling alongside her. However, despite being involved in such a glamourous industry, it seems that Cameron likes to keep his life private from the media. He has not revealed anything about his life, including his past relationships or girlfriend.

Also Read: Get To Know About Kirsten Dunst’s Sibling

Apart from her biological brother, Kristen also has two adopted siblings. Her eldest adopted brother Taylor Stewart is of the same age as her. He was adopted at the age of thirteen and has been part of the Stewart family ever since. Finally, Dana Stewart is the youngest among the Stewart siblings.

However, besides Cameron, Kristen Stewart’s siblings have not appeared often in public. It seems they prefer to live a quiet life away from the glitz and glamour. Furthermore, due to their private lifestyles, who Taylor and Dana’s partners are is a mystery.

Talking about Kristen’s love life, she came out as bisexual in 2019. She has been engaged to actress Dylan Meyer since 2021. Before her engagement, Kristen was in a relationship with her Speak co-star Michael Angarano. She also dated her Twilight actor Robert Pattinson for four years until 2012.

Has A Healthy Relationship With Her Siblings

While her love life has seen many ups and downs over the years, Kristen’s bond with her siblings was not affected by any drama. Even after becoming a household name in the acting business, she still lived in their Woodland Hills mansion with her brothers. Apparently, she was not ready to give up her room.

In her past interviews, the Twilight star has mentioned that she is very tight with her brothers. As the only daughter of the family, Kristen Stewart’s brothers have a huge influence on her childhood and teenage years. Talking to Vanity Fair, she said that her brothers inspired her tomboy style as she would mostly dress up in men’s clothes.

Thanks to Kristen Stewart’s siblings, it seems her upbringing was a unique and fun experience. Well, we wish Kristen and her family all the best for their future. Furthermore, let’s hope the young actress bags an Oscar for her performance in Spencer.