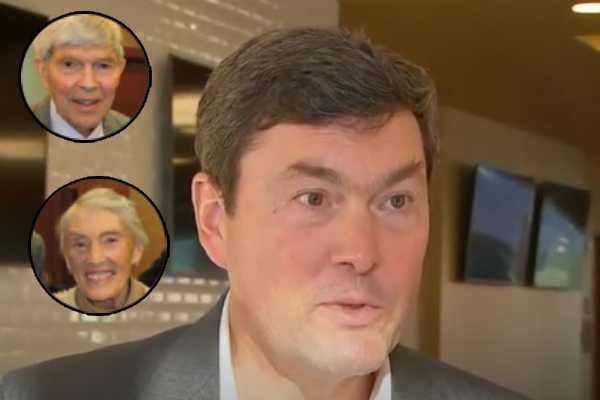 Robert Nutting, aka Bob Nutting, is a well-known businessman and sports team owner. He currently serves as the principal owner and chairman of the board of the Pittsburgh Pirates of Major League Baseball. Not only that, he has also been involved in several other ventures in his career.

Robert is the son of Ogden Nutting and Betty Woods Nutting. The fame that he has gained has brought his dad and mom into the limelight too. As a result, many people want to know about them. Thus, in this article, let’s learn about Robert Nutting’s parents and see what they are doing now.

Robert Nutting’s parents, Ogden Nutting and Betty Woods Nutting, must have been married for many years. The couple became proud parents of two children, Robert and William Nutting, aka William Ogden Nutting. But the businessperson’s sibling’s birth details haven’t been revealed.

Ogden and Betty’s son Robert Nutting was born on March 29, 1962, in Wheeling, West Virginia, USA. The Pittsburgh Pirates’ owner must have had a wonderful time growing up with his brother.

As mentioned earlier, the Nutting family gained fame for its business franchises. They are mainly known for The Ogden Newspapers, which was established in 1890 by G. Ogden Nutting‘s grandfather, H.C. Ogden. The latter was also a Wheeling Hall of Fame member and even started the Wheeling Daily News.

Robert Nutting’s dad also became committed to the family business. In 1968, he began directing and managing the company as the third generation of his family. Under his leadership, the company continued flourishing, and it is considered West Virginia’s largest newspaper company, publishing in 12 states. Furthermore, Ogden is the publisher of his firm.

For his work in the business sector, Robert’s dad was elected as a member of the Wheeling Hall of Fame in the business industry and professions category in April 2013. Similarly, he was also the 2002 inductee of the WVU John Chambers College of Business and Economics.

Thanks to his various business endeavors, Ogden Nutting’s net worth must be a notable amount. As per the CNBC article of 2013, Robert and the Nutting family’s fortune was estimated to be $1.1 billion. Their publishing company was also speculated to be bringing $630 million. It must have increased now.

Robert comes from an influential business family. His mom works to protect ancient buildings. Betty went to the University of Mary Washington, where she was an art major. Then, she attended Wheaton College and studied biology.

While studying at Mary Washington, Robert Nutting’s mother fell in love with Victorian architecture after a professor asked her class to draw some of Fredericksburg’s historic buildings. Since then, she has worked to preserve and restore several ancient buildings, and her efforts have been known nationally.

Furthermore, Betty Woods “Snookie” Nutting has overseen the renovation and redecoration of over 20 Wheelings’ structures, and the list also includes John List House and others. She even worked to restore the Wheeling Suspension Bridge and helped launch Wheelings’ annual Victorian Show-Off tour. In addition, Betty also participated in an “Operation Look-Up” newspaper series showcasing unaltered upper stories of historic facades.

Moreover, Mrs. Nutting also serves as the vice-chair of the Vandalia Heritage Foundation’s board of directors, is Friends of Wheeling’s founding member, and became the first president of Preservation Action in West Virginia. Not only that, she served as president of the Victorian Wheeling Landmarks Foundation and also spent nine years as an adviser to the National Trust for Historic Preservation.

For her works, Robert’s mom received the Distinguished West Virginian Award. Moreover, she was also honored with the Legacy Awards in December 2020. She and her husband have made themselves known as “builders” in the community. Nonetheless, let’s hope the art graduate keeps up with the good works and receives many more prestigious awards in the coming days.

Overall, Robert Nutting’s parents are involved in charity and are working for the community’s welfare. The couple is living a content life with their kids and grandchildren. Let’s hope we get to see the pair gain more fame in the upcoming days due to their good works.