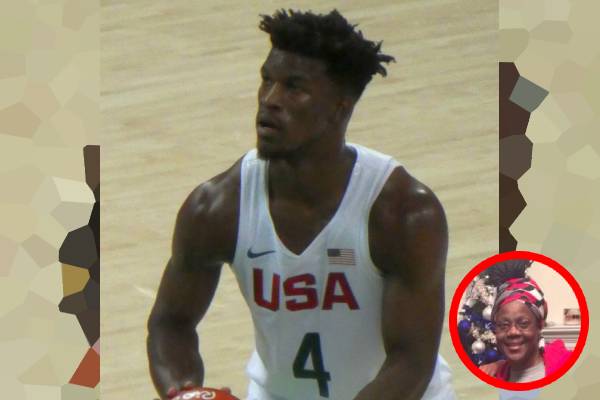 Basketball fans would immediately recognize the athlete Jimmy Butler. Born Jimmy Butler III, he is a professional basketball player who currently plays for the Miami Heat of the NBA. He also has the nickname “Jimmy Buckets” and has been playing the sport since a young age.

Having been in the league for over ten years, the NBA star has unavoidably been in the limelight. Due to this, even his family members have received some spotlight over time. As a result, new fans of the 32-year-old must be curious about his parents. So, today we will be learning about Jimmy Butler’s mother, Londa Butler, in this article.

Londa Butler Is A Caretaker

Londa Butler is the Miami Heat star’s biological mom. Unfortunately, there is little to no information about Jimmy Butler’s father. The only known fact about the latter is that he abandoned Jimmy and his mama when the player was only an infant. As a result, Londa had to raise her son as a single mother.

Londa is from Tomball and currently lives in Houston, Texas. She attended Tomball High School and graduated in 1980. After graduation, the NBA player’s mom went to Lone Star College in Tomball and studied Medical Office Receptionist.

According to a few sites, Londa had previously worked as a receptionist. However, she is currently working as a private sitter who works directly with senior clients or patients to assist them with whatever help they need.

Jimmy Butler’s Mother Kicked Him Out

Fans must know very well about the NBA star’s struggles to reach where he stands today. One of them was getting kicked out at thirteen. When he was living in Houston, his mom told him to get out of their house.

According to Jimmy’s 2011 interview, Londa kicked him to the curb because she didn’t appreciate how he was behaving. From what Butler could remember, his mom’s words were,

Furthermore, Jimmy Butler’s mother wasn’t the biggest fan of him playing the sport and didn’t support his dream of pursuing a basketball career. After having to forcefully leave his own house, the little guy no longer had a place to call home, no family to run to, and was penniless.

Fortunately, things worked out for Butler when he met his friend, a former well-known football player, Jordan Leslie. Leslie’s mother, Michelle Lambert, adopted the small forward into the family and fully supported his aspirations to become a basketball player.

Has Reconciled With Her Son

Things gradually started looking up for the Miami Heat player after he was adopted by his foster mother, Michelle Lambert. He attended high school at Tomball and began playing the sport there.

Buckets then attended Marquette University and had to spend a lot of time on the bench. Eventually, he improved and became a versatile player. Moreover, in the 2011 NBA Draft, he was selected by the Chicago Bulls as their 30th pick overall.

Jimmy is now a six-time NBA All-Star, a four-time All-NBA Third Team, and a five-time NBA All-Defensive Team member. He has made a name for himself as one of the most prominent players in the league.

Furthermore, a few years into his career as an NBA player, Butler was able to reconcile with his mom, Londa. According to the NBA star, he and his family are on great terms now. He also doesn’t have any grudges against his parents. Jimmy Butler’s mother even said that she was proud of him.

Nonetheless, Jimmy now has a new place to call home. He is a proud and doting father of his adorable daughter, Rylee Butler, who he shares with his baby mama, Kaitlin Nowak. He welcomed the little bundle of joy in 2019. We wish Jimmy Butler and his entire family a prosperous, happy, and healthy life in the future.