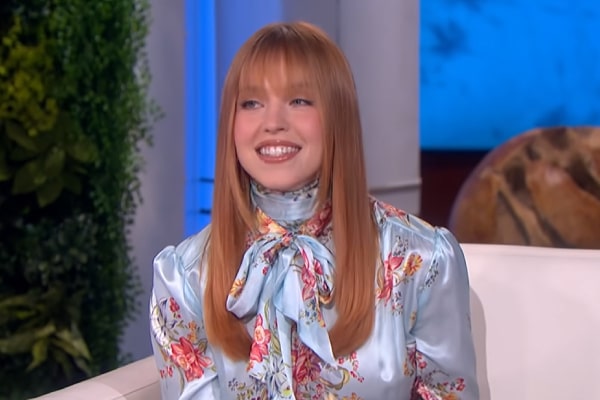 Making parents proud is one of the biggest achievements in life. However, very few people get to fulfill it and Sydney Sweeney is one of them. The 24-year-old actress has gained worldwide fame after starring in the American comedy-drama Everything Sucks!, Euphoria, The White Lotus, etc.

Sweeney’s massive success in the film industry at such a young age must have made her dad and mom swell with pride. But there has been very little information about the couple who gave birth to such an amazing kid. Thus, in today’s article, let’s get to know Sydney Sweeney’s parents, including their professional and personal life.

The skilled actress Sydney Sweeney was born in Spokane, Washington, to her father, Scott Sweeney, and her mother, Lisa Sweeney, formerly Lisa Mudd.

Apart from their famous baby girl, the Sweeney pair also have a handsome son, Trent Sweeney, who was born in 2000. Sydney Sweeney’s brother is also has some acting credits.

As for their profession, Sydney Sweeney’s mother is a lawyer, whereas her father works in the medical field. The married duo has been the biggest supporters of their daughter’s acting career. Yes, it took some convincing, but it worked. As per the actress, she grew up in a small town where acting was a fairy tale.

While Reminiscing how she landed her career, The White Lotus star said she was 12 years old when an indie flick came to her hometown and held an audition. She begged her parents to let her audition with a five-year business plan presentation. Well, it went well, and she kicked off her acting career.

Not only that, the Sweeney pair decided to give up their life in Spokane and help their daughter pursue her dreams. Hence, they moved to Los Angeles. However, living in LA is expensive. Sydney’s family got caught up in financial strain. They had to move into a motel and share one bedroom. Talking with the Hollywood Reporter, Lisa and Scott’s baby girl shared the struggle they had to go through.

The difficulties of Los Angeles life didn’t leave the family easily. It even resulted in the divorce of Sydney Sweeney’s parents. Their split led the actress to think that if she made a lot of money and repurchased their old house, she might be able to bring their family back together.

However, the actress didn’t achieve success overnight. She had to do a lot of bad projects that paid only $100 per day. The money she had was nowhere near enough to buy a house. Lisa and Scott never got back together. That is something their daughter still lingered with her.

Following the separation, Scott’s relationship with his family drifted apart. But, on the other hand, Lisa and her kids’ bond became way healthier. Eventually, the actress’ acting career started to climb up. Well, Euphoria was the turning point. Now, Sydney is one of the well-known actresses in Hollywood. On the other hand, her sibling is also working hard to make a name for himself. The Sweeney couple must be proud of their children.

Controversy That Surrounded After Her Mother’s 60th Birthday

Lisa’s beloved daughter threw a hoedown-themed birthday party. The Everything Sucks! actress shared a bunch of photos from the family event and said there was no better way to celebrate her lovely momma’s birthday than a surprise hoedown-themed party.

Lisa and her baby girl were wearing cowboy hats and boots. They enjoyed riding a mechanical bull, line dancing with extended family, and taking pictures in a custom Western-themed photobooth.

Shortly after sharing the photo, a wave of negative backlash began, as many people were shocked by what they saw. In the photoset, one of their relatives was wearing a t-shirt with the “Blue Lives Matter” flag. Then, Sydney Sweeney’s brother posted more photos that showed many of the guests wearing parody MAGA hats, saying, “Make Sixty Great Again.” The phrase plays on the notorious campaign slogan of former president Donald Trump.

Sydney faced a lot of online criticism from her fans. Responding to the criticism, the Euphoria star said an innocent celebration of her mother’s 60th birthday has turned into an absurd political statement. She also requested not to make any assumptions. However, fans weren’t calmed by her response, and the actress met with further criticism in the replies.

Nonetheless, Sydney Sweeney’s parents seem to be enjoying their life. Their daughter has accomplished huge success in her career, and their son is also making his way to Hollywood. Hopefully, she has also mended her relationship with her father. We wish the Sweeney family the best for the coming days.