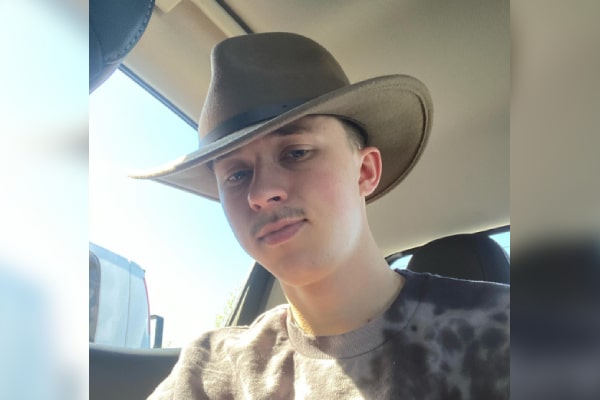 Born Sydney Bernice Sweeney, Sydney Sweeney accumulated mainstream attention after starring in the Netflix comedy-drama series Everything Sucks! Some other notable works of Sydney can be seen in Euphoria, The White Lotus, Robot Chicken, etc. The beautiful actress is also a recent nominee for two Primetime Emmy Awards for two different roles.

The performer was born in Spokane, Washington. She has a younger brother, Trent Sweeney, with whom she shares a close bond. Sydney Sweeney’s brother is also passionate about acting. Aside from that, the handsome guy has a fascinating side. Let’s find out about the star’s only sibling in today’s article.

Trent Sweeney was born in 2000 to his parents, Lisa Sweeney and Scott Sweeney. His sister, Sydney, was born three years before on 12 September. The Sweeney siblings’ mother is a lawyer, and their father works in the medical field. Considering how Trent once swore to beat up anyone who would dare to make his lovely sister cry, there is no doubt that the brother and sister have a tight-knit bond.

Trent’s family moved to the city of dreams, Los Angeles, to help his sister’s acting career. However, things started to turn different as money issues strained them. Later, the talented performer’s parents ended their marriage. Following the divorce, Trent and his sister’s bond with their father became non-existent. Meanwhile, the actress, her brother, and their mother became closer to one another.

Recently, the Sweeney family celebrated Lisa’s 60th birthday, and both Trent and Sydney shared some pictures of the function. However, the famous actress is facing a problem over a photo where one of their relatives wore a “Blue Lives Matter” T-shirt. Responding to the backlash, the Everything Sucks! star tweeted it was just an innocent celebration for her mother’s milestone and requested not to make any assumptions.

Also Read: Get To Know All Of The Australian Actress Claire Holt’s Siblings

The famous star’s sibling attended the University of Virginia. During his time at the institution, he was a part of Kappa Sigma, an international fraternity founded in 1869.

While Trent Sweeney is already known for his link with Sydney, he has created his own identity and marked his name in Hollywood. According to his IMDb profile, the youngest Sweeney has appeared in a handful of movies. Some of his notable works include The Opium Eater, Norman, and  A Thousand Years of Good Prayers. Moreover, the actress’ brother also has one credit for working as an assistant director in Drifting.

Furthermore, Sydney Sweeney’s brother had military training. Once, the handsome guy shared a photo of himself receiving a certificate. While wishing the best of luck, the famous actress shared a throwback picture of themselves. She also added Trent would leave for the basic training.

Moreover, as per his Instagram bio, the youngest Sweeney is a huge fan of dogs and memes. He has a pet named Lil Tankster. Besides, he thinks Elon Musk is an absolute legend. According to one of his tweets, the Euphoria actress’ brother has a share of Tesla and is also into cryptocurrency.

Is He Single Or Dating Anyone?

Sydney Sweeney’s brother appears to be single for now. He constantly updates his personal life on his social media account. However, there is no trace of his love life. Thus, it becomes hard to confirm if the young guy is in a relationship with anyone or not. The person who will be Trent Sweeney’s girlfriend will certainly be a lucky one. Let’s hope we will soon get to meet his soulmate.

On the other hand, his famous sister has been engaged to her longtime boyfriend, Jonathan Davino, since February 2022. Sydney Sweeney’s fiance is a Chicago-based restaurateur.

Altogether, the talented actress’ younger sibling appears to be doing well in his professional life. He has accomplished significant success in the entertainment industry. Plus the youngest Sweeney is working hard. We wish Trent a more successful career in the upcoming days.