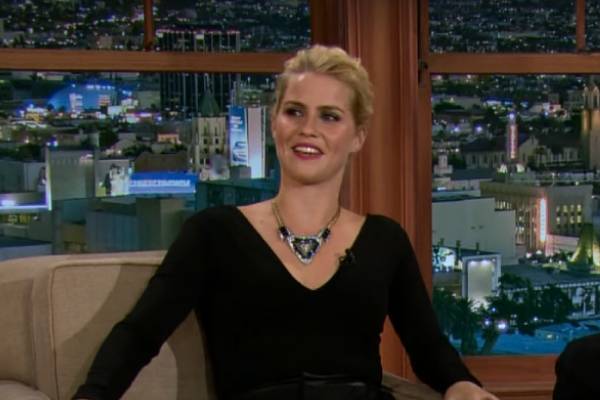 Born Claire Rhiannon Holt, Claire Holt is a beautiful actress of Australian and American nationality. She rose to prominence following her appearances in The Vampire Diaries and The Originals. Claire was also nominated for the Teen Choice Awards in 2014.

Her reputation in the acting industry has attracted a lot of attention from the public. Many people are curious to learn about the famous star’s personal life as well. Speaking of which, the actress is married to Andrew Joblon and has two children, Elle Holt Joblon and James Holt Joblon.

On the other hand, her fans are also eager to know about her siblings. Did you know the talented actress has a bunch of siblings? If not, then follow us till the end to learn about Claire Holt’s brother and sisters.

Claire Holt’s parents are Geoffrey Holt and Ann Holt. However, there is a controversy regarding her father’s name. IMDb and other sites address Claire’s dad as John Holt, while Kichwamba Children mentions him as Geoffrey Holt.

Additionally, Holt’s parents welcomed a total of four children together. Rachael Holt, the eldest Holt, was born in 1987. Just after a year, the Holt couple gave birth to their second child, Claire Holt, in June 1988. Furthermore, David Holt and Madeline Holt were born in 1992 and 1989, respectively.

Moreover, Claire Holt’s father is a doctor, more specifically a cardiologist in Brisbane, Australia. In contrast, not much is known about her mother. Regardless, the Holt siblings’ parents must have raised them in a loving environment. All of them have already grown up and are doing well in their lives.

Also Read: Get To Know Nicole Kidman’s Sister Antonia Kidman – She is Married With Children

Claire Holt’s eldest sister seems to be a very generous person. She currently works as a Vice President of Strategy for Propper Daley, a social impact agency in Los Angeles, California. Apart from that job, she is involved in various social works. For example, together with her father, Rachael Holt created a foundation named KCF (Kichwamba Children Foundation) in Uganda in 2011.

Furthermore, in one of the Instagram posts, her younger sister, Claire, admired her as one of the most inspiring and selfless people she has ever known.

KCF aims to give children in rural Uganda a healthy start and a life safe from harm and deprivation. They also provide food, shelter, medical care, education, and vocational training. More importantly, they guide, support, and empower kids in the locality and give them the opportunity to transform their own lives.

Talking about her personal life, Rachael married Jay Burkholder in February 2018 at Big Daddy’s Antiques in Culver City, California. Has she welcomed any kids with her husband? Hopefully, we will hear about Rachael Holt’s children soon in the coming days.

Madeline Is An Artist

Claire Holt’s sister, Madeline, who is as gorgeous as her, is a talented artist. Moreover, she is a multidisciplinary artist based in Brisbane. Her portfolio includes illustration, painting, projection, mural works, and sculptural light installation, including several multi-medium collaborations with visual and sound artists.

According to her website, the artist’s themes of structure and fluidity consistently reveal themselves through abstract biomorphic and linear compositions. To conclude, her artworks are magnificent. Her IG page is all about her art and passion. Additionally, she has a huge fan following on it. Overall, Madeline seems to be doing great in her career.

The beautiful actress shares a close bond with her brother and sisters. The Holt siblings seem very supportive of each other and often share pictures together on their respective social media pages. Likewise, Claire is also close to her brother, David. But, unlike Rachael and Madeline, there is not much information regarding David’s career. Nevertheless, the brother-sister duo are often seen attending public events and posing together.

To conclude, Claire Holt’s siblings are doing well both in their personal and professional lives. In addition, all of them are close to each other. Hopefully, their bond continues to grow even stronger in the coming days.