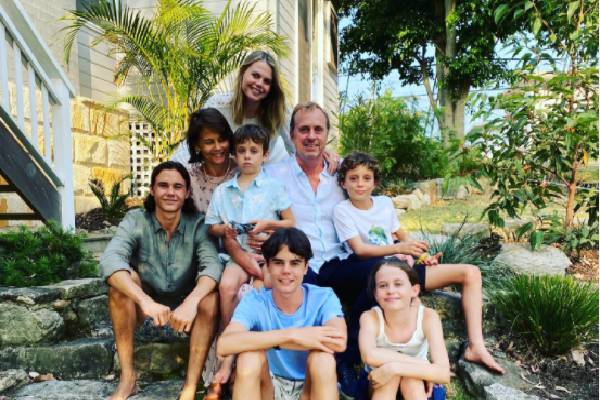 Born as Nicole Mary Kidman, the American and Australian actress and producer is professionally known as Nicole Kidman. She received international recognition after starring in “Days of Thunder,” “Far And Away,” and “To Die For.” The versatile actress is also identified as one of the highest-paid actresses.

The Australian-American actress has drawn public attention to her personal life and is a family woman with growing success. So, today let’s learn about Nicole Kidman’s sister Antonia Kidman and her husband.

Antonia Is The Younger Sister Of Nicole Kidman

Antonia Kidman was born in Melbourne, Victoria, Australia, in 1970. She is younger than her sister, Nicole Kidman, by three years.

Antonia’s father, Dr. Antony Kidman, was a clinical psychologist and researcher who worked in the University of Technology’s Health Psychology Unit at Royal North Shore Hospital in Sydney. Unlike her father, Antonia’s mother, Janelle Glenny‘s profession is not disclosed yet.

In contrast to her elder sister, who pursued acting after dropping out of high school, Antonia attended Monte Sant’ Angelo Mercy College in North Sydney. Not only that, but Nicole Kidman’s sister also completed a post-graduate degree in law in 2019.

The Kidman Sisters Lost Their Father

The Kidman sisters’ parents were happy and content with their marital life. Their family seemed like they have it all. But an unfortunate event hovered upon their happiness.

Nicole and Antonia Kidman’s father unexpectedly died on September 12, 2014. As reported by People, Nicole Kidman’s father, Dr. Antony Kidman, passed away due to a heart attack while visiting Antonia and her family in Singapore.

The Kidman family was in shock and deep grieving by the sudden death of their loved one. Both Antonia and her sister Nicole were incredibly close with their father.

Worked As A Journalist And An Author

As a sister of Nicole Kidman, Antonia Kidman is already the talk of the town. But, at the same time, she is also popular with her own career for being one of the most influential Australian journalists and newscasters.

Nicole Kidman’s sister began her career in journalism as a researcher at the Nine Network’s Today program. Subsequently,  Antonia added another title to her resume in 2002 as she started to host TV series on different televisions, including NBN and Foxtel. The Little Things in 2002 was one of the famous shows that Antonia has presented.

In 2007 and 2008, Antonia was celebrated as the Favorite Female Personality at the ASTRA Awards. Moreover, she has co-written two books about parenting, Feeding Fussy Kids and The Simple Things: Creating an Organised Home, a Happy Family, and A Life Worth Living.

However, she is currently working as a lawyer in Sydney and specializes in supporting women and promoting social justice. It looks like she pursued a career as a lawyer to accumulate experiences in different fields.

The former newscaster, Antonia, has been married to Craig Marran, a businessman based in Singapore, since 2010. In their decades-long marital life, Kidman and Marren have welcomed two sons.

Nicole’s brother-in-law, Craig, seems to be a responsible and supportive partner. Craig is helping his wife in parenting her six children.

Whereas Antonia’s previous marriage was with an Australian businessman, Angus Hawley. The pair got married in 1996 at Monte Sant’ Angelo Mercy College Chapel and welcomed four children, two daughters and two sons.

After spending more than a decade together, Hawley and Kidman ended their marriage in 2007. However, the couple shared the responsibility of parenting their kids.

Antonia’s ex-husband, Angus Hawley went on to tie that knot with Prue Fisher, a boutique owner in 2011. Unfortunately, Angus died due to a heart attack in 2015.

A Proud Mother Of Six

As already mentioned, Nicole Kidman’s sister, Antonia, has four children from her first marriage and two from her second. The lawyer’s oldest daughter, Lucia Hawley, born in 1998, graduated from the University of Sydney with a Bachelor of Arts degree. As per Dailymail, Lucia is following her Hollywood film star aunt Nicole into the entertainment world.

On the other hand, Antonia’s other two children, Nicholas Kidman Marran and Alexander Norman Kidman Marran were born in 2010 and 2012, respectively. Both of the boys are still young, and they must be focusing their time in school.

Even while parenting her six children, Antonia Kidman refined her career in media and landed a new career with a new degree. Meanwhile, she proved herself a responsible partner and a doting mother.

Let’s hope with her unstoppable spirit, Nicole Kidman’s younger sibling will continue to achieve more in both her personal and professional life.