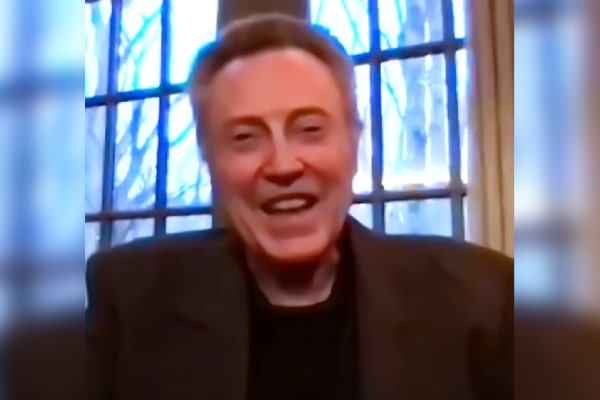 Born Ronald Walken, Christopher Walken is a household name in Hollywood. With his career stretching over seven decades, the New York-born actor has amassed enormous fame and fortune in his life. His popularity not only heightened his professional life but also attracted significant attention to his family members, including his siblings.

The skilled performer was born in Astoria, Queens, New York, to Rosalie Russell and Paul Walken. He grew up with his brothers, Ken Walken and Glenn Walken. Did you know the two of them are also involved in the entertainment industry like Christopher? If not, let’s get to know Christopher Walken’s siblings in detail, including their profession and marital life.

Ken Walken Is The Eldest Child

Ken Walken, also known as Kenneth Walken, was born on 22 July 1938 as the firstborn to his parents. Together with his younger brothers, he started his career as a child actor. Influenced by their mother’s dream to rise to stardom, the Walken brothers worked on television in the 1950s. The eldest Walken is known for his roles in CBX Television Workshop, You Are There, Johnny Staccato, Kraft Theatre, Lux Video Theatre, etc.

Talking about his personal life, Christopher Walken’s brother is a private person. After bidding farewell to his acting stint in 1960, he has not worked on any other projects. Hopefully, Ken is doing well in his personal and professional life.

Glenn Is The Youngest

Born on 18 November 1945, Glenn Walken is the youngest child of the Russell-Walken couple. Like his elder brothers, Glenn also worked as a child actor in several projects. Some of his works include Apocalypse Now, Guiding Light, Kraft Theatre, and many more to list. The youngest Walken has seventeen acting credits. He was involved in the industry from 1952 to 1991.

Moreover, according to IMDb, the former child actor was also involved in the catering business for several years. But, there are no further details about his current profession and whereabouts.

Christopher Walken’s Brother Is A Father Of Two

The veteran actor’s younger brother was married to Alexis Wassel from 1969 to 31 October 1997. Ken’s spouse had few acting credits and was best known for her role in Blonde on a Bum Trip. Sadly, she died at the age of 49 in Bennington, Vermont.

During his marital life with Alexis, Ken welcomed two adorable kids, Jesse Walken and Vanessa Walken. There is no further detail about Ken Walken’s children, including their date of birth and education. Regardless, they must have already started a family of their own.

On the other hand, Glenn Walken’s brother, Christopher Walken was married to Georgianne Walken. However, the couple has not welcomed any kids.

The Walken brothers grew up together and all of them were child actors. Thus, as little boys, they must have shared a solid bond. In an article published by Flashback, we can see the actor and his brothers enjoying a pillow fight in their home in Bayside, Long Island, rolling out the dough for pie crusts at their father’s bakery. Not only that, but the Walken brothers seemed to practice acting together. The brotherly love and their strong bond are evident in all those photos.

Christopher Walken and his brother Glenn roll out dough for pie crusts at their father’s bakery in 1955. 🥧 pic.twitter.com/vp9JdZapDx

Altogether, Christopher Walken’s siblings were involved in the entertainment industry as child actors. After starring in a few movies Ken and Glenn changed their career path. However, there have been not many updates regarding their personal and professional life. But let’s hope they are living a comfortable life with their loved ones.