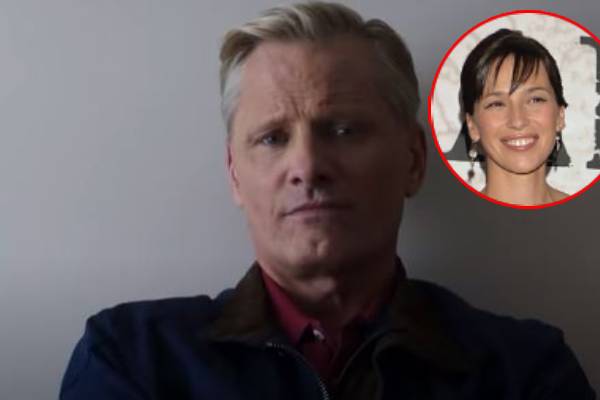 Viggo Mortensen and Ariadna Gil have been dating since 2009. Image Source: Social Media.

Viggo Peter Mortensen Jr., also known as Viggo Mortensen, is an actor, musician, author, and photographer from America. He gained worldwide prominence after portraying the role of Aragorn in the series of three epic fantasy adventure films, The Lord of the Rings. Aragorn was a Ranger of the North, who was first introduced as Strider, and later revealed to be the heir of Isildur, King of Gondor.

As the new adaptation of J.R.R. Tolkien’s novel, The Lord of the Rings, is set to debut on television, fans are ecstatic and are curious to know if Viggo will return as Aragorn. Furthermore, many are in search of information about his personal life.

Therefore, let’s learn about Viggo Mortensen’s partner, Ariadna Gil, and be privy to some interesting facts about her.

Is An Actress From Spain

Viggo Mortensen’s girlfriend, Ariadna Gil, is from Spain and is involved in the entertainment industry. The Spanish actress has 67 acting credits to her name as per IMDb. When she was 17 years old, Ariadna appeared on the cover of an avant-garde Catalonian magazine. Then, she began working on local Catalonian TV channels and in local theatre companies.

Similarly, she also gave Catalan language classes on Canal 33. That was when she was noticed by Bigas Luna. Through Bigas, she made her debut in the film world by appearing in the 1986 movie Lola. After that, she appeared in several other movies, which were massive hits.

Moreover, Viggo’s girlfriend is considered an extremely versatile actress, and in Spain, she has established herself as the actress for “Impossible roles.” Some of her acting projects are yet to be released, and there’s no doubt that she will gain significant success from those works.

We previously talked about the professional career of Viggo Mortensen’s girlfriend, now, let’s talk about her personal life. She acted as Maria in the 1994 film The Worst Years of Our Life (Los peores años de nuestra vida). While working on the movie, she met film director, screenwriter, and novelist, David Rodriguez Trueba, also known as David Trueba.

After that, they must have dated for a while and exchanged the vows. However, it has not been revealed exactly when the couple tied the knot. While IMDb suggests they were married in 1993, other sites indicate that they were never married. The duo also never revealed the exact truth of their relationship.

Moreover, some sites have claimed that Ariadna and David were married for 18 years. Sadly, they ended their relationship/marriage in 2008. Moreover, one of David’s friends stated that the Spanish actress had left her ex-husband for Viggo, leaving the filmmaker completely heartbroken.

Is The Mother Of Two

Viggo Mortensen’s partner, Ariadna Gil, is the doting mother of two kids. She and David Trueba welcomed two children in their many years of togetherness. Ariadna’s firstborn is Violeta Rodriguez, whom she welcomed on February 3, 1997. Similarly, in 2004, she welcomed her second child, Leo Trueba.

Ariadna Gil’s daughter, Violeta, has followed in her footsteps and is an actress and writer. She has 11 credits as an actress. Under the Stars, Living Is Easy with Eyes Closed, ¿Qué fue de Jorge Sanz?, Derecho a soñar, The Tunnel, and Retales are some of the projects that Violeta has starred in.

Violeta is also a writer, and she seems to have gained significant success in her career. However, there’s not much information about Ariadna’s second child, Leo. Following the separation from her husband, they both are co-parenting their kids with mutual understanding.

Has Been Dating Viggo Mortensen For Several Years

As mentioned earlier, Viggo Mortensen’s partner, Ariadna, reportedly left her ex-husband for him. Viggo and Ariadna met for the first time in 2006 on the set of the movie Alatriste. The couple then became friends and met again two years later during the filming of Appaloosa. According to an online site, Viggo had given one condition while filming the movie: to share the screen with Ariadna.

Viggo and Ariadna began dating in 2009 and they now live a blissful life in Madrid. Although it has already been over a decade, the couple has not tied the knot. The pair is also known for keeping their relationship under the wraps. They rarely appear on the red carpet as a couple and don’t even talk about their relationship in the media.

Moreover, the relationship between Ariadna, Viggo, and her ex-husband, David, has been the subject of a famous writer, Javier Cercas‘ book. In the book, he talks about how their love triangle.

Although Ariadna and Viggo have not disclosed if they will take their relationship to the next level, let’s hope we get to hear some good news in the coming days.

Viggo Mortensen’s Girlfriend Is A Woman of Secrecy

Although the Lord of the Rings star Viggo Mortensen’s beau Ariadna Gil has gained massive fame due to her acting career, she seems to be a woman of secrecy. Over the years, she has preferred to live away from media scrutiny. Gil does not have any active social media pages.

Moreover, Ariadna’s boyfriend is also a private person. The Hollywood star has not talked about his personal life in the media. Nonetheless, the couple must be living a great life together. They seem to be co-parenting Ariadna’s children from her marriage to David and Viggo’s son, Henry Blake Mortensen, with his ex-wife Exene Cervenka.

Nevertheless, Viggo’s girlfriend must be in good health. Let’s hope to hear from her soon in the future.