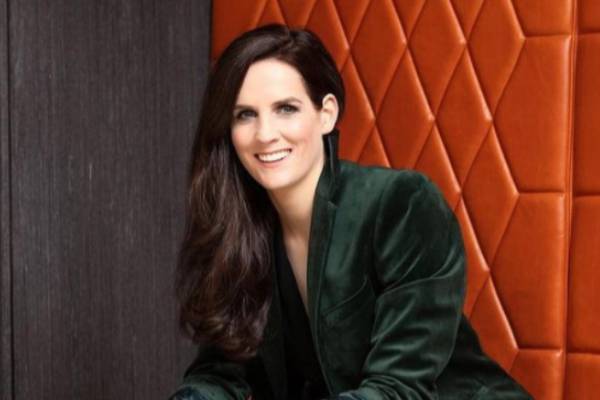 Rachael Blackmore, the first female jockey to win the Grand National, is a name that needs no introduction. Even though horse riding is not as popular as sports like soccer, Rachael, who was born in Ireland, has won the hearts of millions. Thanks to her abilities on the pits, she has captured the attention of many. So, her admirers are understandably curious as to whether she is taken or still looking for a companion.

Unfortunately for her admirers, Rachael is in a stable relationship with her partner Brian Hayes. However, the jockey is notorious for keeping her personal life out of the spotlight. As a result, the public knows very little about Blackmore’s beau and their relationship.

So, let’s get to know Rachael Blackmore’s boyfriend, Brian Hayes, a little better in this article.

Rachael Blackmore’s Boyfriend Is A Jockey

Like Rachael Blackmoore, her partner has a successful profession as a horse rider. Hailing from Rosscarbery, Brian did not come from a horse-racing family and first developed an interest in riding in high school. Blackmore’s boyfriend then began riding as an amateur and rode his first point-to-point victory when he was 17.

Hayes decided to turn pro after college and won his first race as a professional at Listowel on the Shark Hanlon trained horse Ardglen. However, his most significant victory came in 2017, when he won the Easter Handicap Hurdle at Cork aboard John Kiely‘s Conduct Yourself.

Furthermore, Rachael’s boyfriend competed in his first Grand National and had a solid debut, finishing in 15th place. While Blackmore’s accomplishments are not well-known, there is no doubt that he will continue to bring more trophies home.

So, we wish Brian the best of luck in his future endeavors.

Brian Hayes is well-known throughout the world for his accomplishments, and also for being Rachael Blackmore’s boyfriend. However, the lovers have kept the details of their relationship to themselves. Consequently, how or when they met is still a mystery. Regardless, we can presume that the two bonded over their mutual love of horse riding.

Even with the insane fanbase, the couple has maintained a grounded life and is presently keeping their relationship low-key. Despite this, the lovebirds aren’t afraid to speak about each other in the press or attend public events together. Furthermore, the pair attends each other’s races and constantly encourages and supports each other to be the best version of themselves.

For now, let us all wish Rachael Blackmore and her partner godspeed success and hope that they will ultimately disclose some, if not all, of their relationship’s secrets to the public.

Is In A Live-In Relationship

As previously stated, the couple prefers to keep their relationship secret from curious eyes. That being said, Rachael is not hesitant to share a few glimpses of her life with her boyfriend. According to the Irish beauty, she and her partner live together in their County Carlow house. Moreover, they also share their home with Willie Mullins‘ son Patrick Mullins.

Rachael revealed on the Laughs of Your Life podcast that she and her partner have a pleasant and normal life. Moreover, as their house is close to race tracks in Ireland, Rachael can often be seen training alongside her partner.

However, no relationship is an easy ride. Still, the couple has successfully handled their relationship’s hurdles to date. Clearly, it’s not just the horse they’re riding, as Rachael and Brian are also riding hand in gloves through the ups and downs of their relationship.

Moreover, the pair is yet to tie the knot. Still, seeing as how Rachael and Brian are smitten with one another, it’ll only be a matter of time before they decide to exchange marital vows. So, Brian and Rachael’s wedding day could be just around the corner.

Regardless, let us extend our best wishes to Rachael Blackmore’s boyfriend for the time being and hope that their relationship blossoms over time.