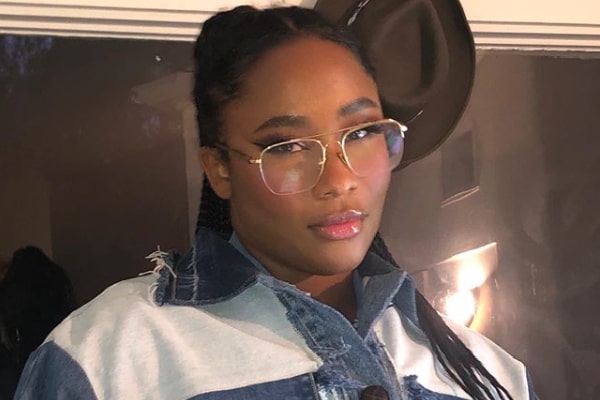 Zuri Marley is a gorgeous woman with great voice and tricks of keeping things to herself. Image Source: Zuri Marely's Inatagram.

Born to one of the pioneers of Reggae music, Bob Marley‘s son, Ziggy Marley, and Carlene Samuels, Zuri Marley has become a sensational name in the music industry today. Despite her grandpa’s insane fanbase, she has maintained a grounded life and is now pursuing a career in music and making an identity.

The talented musician, Zuri Marley, has shown her talent through the myriad genre she curated since her active years. Graduating from Clive Davis Institute at New York University with a degree in music further aided her musical abilities and made her one of the influential singers. So, raising her sensation, Jamaican beauty has accumulated a massive fanbase eager enough to raid her personal life and seek her love interest.

Therefore, here we are quenching your curious soul regarding Zuri Marely’s boyfriend and her current relationship. Let’s go.

Who Is Zuri Marley Dating? Human Or Music?

Well, aforementioned, the radiating musician and Ziggy Marley’s daughter, Zuri Marley, is most probably single as she has been rigorously trying hard to make an identity of her own. Or, more precisely, one that doesn’t overshadow her grandpa’s legacy but will continue to pave a path of her own.

Therefore, Zuri Marley’s boyfriend could be her career as a musician at the moment. Furthermore, her social media doesn’t hint of any romantic relationships, except she’s relatively close to her friends. And who needs ‘bae’ to crush yo heart on someday when every day feels like a holiday with friends, eh?

Furthermore, Zuri seems pretty absorbed with her career since the very start and has been working hard for the movement, Black Lives Matter. Therefore, there is no reason to speculate on her romantic involvement.

But, Zuri might be in a relationship with a musician, Joba. Although we speculated her as a single person, she might as well be dating American singer/rapper Russell Boring, aka JOBA. Here’s why.

Well, famous people tend to have a knack for hiding their personal life cunningly. Among such smart minds are Ziggy Marley’s daughter, Zuri. Although she’s is speculated single, she might be secretly in a relationship with singer JOBA since 2018.

Zuri and JOBA put up several stories that gave birth to the rumors of their dating. Furthermore, their warm pictures became massive content for Reddit users. Redditors argued about their lovelife on their pages, and several comments continued to claim their romantic involvement.

However, very few pictures of Zuri Marley’s boyfriend, JOBA, is present on her Instagram handle. Furthermore, their insta stories and cozy pictures are all over the internet except their respective social media handles.

Additionally, JOBA and Zuri must have tripped to Japan as Marely girl posted a saucy picture of them on Instagram. Several comments showed up appreciating their aesthetic and even claimed them as their parent.

Furthermore, Zuri also called her boyfriend as an Instagram baddie back in 2018 but did not mention his name. Likewise, she also tweeted how her boyfriend trembled in New York’s cold on one of his stories, which led to Zuri’s tweet on which she denied the cold. Likewise, a tweet followed, which had a hashtag exclaiming #caught.

Therefore, either Zuri Marley’s boyfriend, JOBA, prefers his Insta feed purely professional, or Zuri has been candid about their relationship indirectly. If they are a thing, they are just too secretive yet blunt. And that’s a trait to admire.

Furthermore, whichever the case is, the ultimate goal of life is to be happy. Also, they look pretty close. Therefore, JOBA or no JOBA, let’s hope Zuri Marley’s boyfriend keeps her comfortable and let her shine as bright as a sunny day.