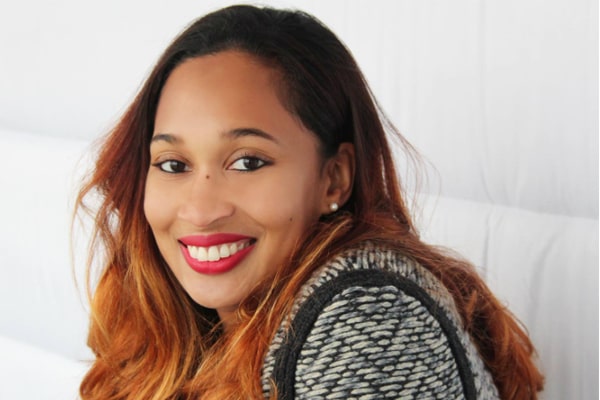 In the hip-hop genre that is so accustomed to money and ladies, rapper J. Cole brought a refreshing change of pace incorporating vulnerable bars about family and love. Yes, he confessed his love and massive gratitude for his wife, Melissa Heholt, in one of his songs, Sacrifice.

J. Cole and Melissa have been together since their college years and are still maintaining the same passion for one another. Since his heartfelt announcement of love and gratefulness and announcement of a newborn via songs, Cole’s fans are intrigued to know more about the beautiful Melissa who stole their favorite’s heart.

Therefore, here is everything about J. Cole’s wife, Melissa Heholt, and her whereabouts.

Rapper J. Cole and his wife, Melissa, are notoriously secretive and prefer to keep their life private. Despite keeping their relationship dynamics and their whereabouts confidential, Melissa Heholt’s career is comparatively exclusive.

Turns out, J. Cole’s wife, Melissa Heholt, is a sought-after event planner and the CEO of her event planning company, Statice Events. While talking in an interview, Heholt revealed that she was confused about her career path when she started college.

Furthermore, the oldest of four siblings also tried teaching but soon realized it was not her forte. Thus, she started an internship with a lifestyle and marketing agency that hired her as a freelancer after two months.

Melissa eventually built her own event company, Statice Events. She further noted that the name of her company, Statice is a wordplay of word status and a type of flower that means success.

Likewise, Melissa Heholt’s company, Statice Events, covers all the bases from venue selection to the event and ensures spectacular events that deserve recognition. Interestingly, J. Cole’s wife, Melissa Heholt, graduated with a Bachelor’s degree in Health Administration and her career as an event manager began as a hobby.

Melissa Worked As A Teacher

As mentioned earlier, J. Cole’s partner, Melissa, started her career as a hobby. Melissa has a Masters’s in Elementary Education, and the art of teaching came naturally to her. She added that being the oldest of four and being around kids inspired her to become a teacher.

However, her teaching career was short-lived. Melissa further admitted that ‘the state of education’ took a toll on her.

Thus, a fateful day after summer vacation, Melissa decided to quit her job as a teacher and took an internship for Team Epiphany, and the rest is history.

Aforementioned, Melissa is very private about her life and prefers to keep it low-key. However, the manner their relationship dynamics came into the limelight truly needs attention. Thus, let’s have a look.

It is no secret that J. Cole has always been a private person. Also, he made it clear that he’s off the dating game in the industry. Furthermore, Cole met his wife, Melissa, at St. John’s University in New York, and the pair have been college sweethearts ever since.

Moreover, there were rumors about the Cole couple’s engagement in 2010, but no one came forward to confirm the news. Instead, director Ryan Coogler dropped the ‘married and with a child’ bomb during an interview that created a frenzy on Twitter.

During a live stream in honor of Marin Luther King Day in NY, Coogler asked Cole about his marital life and its impact on his life. Rapper J. Cole seemed flustered and surprised by the question, but Coogler meant no harm either.

In his defense, Coogler clarified that he’d never interviewed someone before. Likewise, Cole brushed it off, saying, ‘that was like one thing to not do.’ Clearly, J. Cole and Heholt have been together for more than a decade now but refrained from disclosing further details about their wedding.

Also, they are parents of two beautiful kids, and J. Cole is more private than we think, and that too, creatively.

Welcomed Their First Child In 2016

As stated earlier, J. Cole is very secretive about his personal life. Thus, there is no way one can penetrate this protective barrier he maintains around his family.

However, thanks to Coogler, we had a little insight into Cole and Heholt’s life. The pair did not confirm the birth of their first child, a son, until 2018 in an interview with radio DJ Angie Martinez. While talking in the show, he said the purpose in life was to ‘be a father and a husband.’

Furthermore, in an essay titled titled ‘The Audacity’ published in Players Tribune, J. Cole revealed that he came to know he’d become a father in 2016. Thus, the pair must have welcomed their first child in 2016 and suppressed the urge to share his son’s giggles on Instagram. Honestly, this would offend any FANS!

People often go through emotional turmoil to hear about their first pregnancy, but J. Cole and Melissa Heholt felt ready for the change and accepted it quite well.

Still, J. Cole and Melissa Heholt are silent about their kid’s name. The ‘Middle Child’ rapper was not done surprising his fans; he had a way to announce his second child’s arrival.

As mentioned earlier, rapper J Cole’s wife, Melissa Heholt, gave birth to her first child in 2016. The unannounced birth was just the tip of the iceberg as he’d rather creatively announce he is expecting a second child.

American rapper J. Cole announced their pregnancy via his final track of Dreamville album, Sacrifice. As he raps about his love for Heholt, he also drops the secret in the closing lyrics that goes, ‘She gave me the gift of my son/and plus we got one on the way.’ Cole further thanked his wife for giving him family to love.

Well, people, as of now, J. Cole’s wife, Melissa Heholt’s career as an event planner, is flourishing, and she’s a proud mother of two with a sweet and deserving husband, J. Cole, who also wears the title of father & musician. Thus, everything looks good for the Cole family at the moment, and hopefully, we will be introduced to Mrs. Melissa Heholt and her two sons soon.