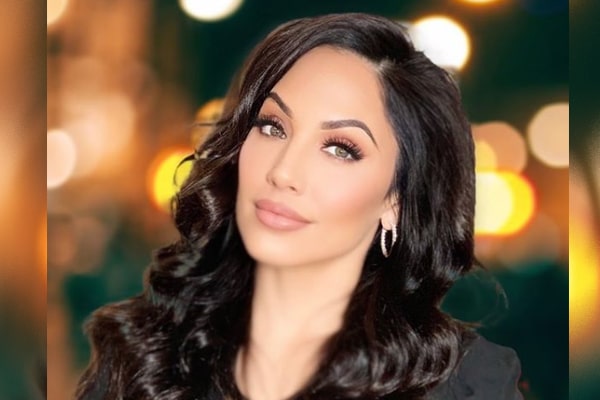 Frank Mir's Wife Jennifer Mir, has been supporting him throughout his career. Image Source: Frank's Instagram.

Frank Mir is a mixed martial artist and professional wrestler who became a hot topic after competing for Bellator MMA in the Heavyweight division. The former two-time UFC Heavyweight Champion holds the record for the most finishes in UFC Heavyweight history.

Besides an impressive career, Mir is married to his beautiful wife, Jennifer Mir. The Mir couple has been together for more than two decades and has been married for seventeen years. Furthermore, Frank Mir’s wife, Jennifer Mir, is a lovely partner and a doting mother of four kids. Besides, she just started her brow studio.

Aforementioned, the mixed martial artist and professional wrestler Frank Mir has been married to a beautiful soul named Jennifer Mir for almost two decades. The power duo has been together for several years and has supported one another during the most challenging times.

Although Jennifer Mir rose to fame as Frank Mir’s spouse, she is an intelligent businesswoman. Born on June 10, 1974, Jennifer is in her mid-40s and started a new venture, a beauty salon named JM Brow. She launched the beauty salon in February 2021.

The JM Brow Studio provides expert micro-blading and other eyebrow services according to their customer’s choices. Likewise, as mentioned on the Studio’s site, Jennifer feels blessed to share her beauty passion as her career.  Some of  the services her brow studio provides are listed below, along with their respective prices:

Thus, Jennifer Mir’s net worth must be significant, which also includes her husband, Frank Mir’s net worth, which by the way, is estimated at $11 million. Interestingly, Jennifer also worked as her partner’s manager.

However, Jennifer mostly prefers to keep her life away from the spotlight. Furthermore, her Instagram is also private but is a constant face on her husband’s Instagram. As mentioned earlier, the couple has been married since 2003 and has been together for more than two decades. So, let’s look into their marital life a little.

If forgotten to mention earlier, Frank Mir’s partner previously worked at Spearmint Rhino, a strip club. The couple first met in the club as Frank used to work as a bouncer there. Jennifer was a single mother to son Marcus Mir when she met her husband in Vegas.

Romance sparked quite instantly between the two, and they got married in an intimate ceremony in 2004. Unfortunately, the pair did not disclose much about their marital detail previously, but Frank never forgets to wish his beautiful wife on important days like Valentines’ day or their anniversary.

Frank Mir’s spouse, Jennifer Mir, remembers the first time they got together when Frank warned her about doing the most demanding job with the least recognition. She further reminisces talking about discontinuing their relationship as she thought her to-be husband at the time would be violent at home. However, Frank convinced her to watch him train and let her know him more.

Unfortunately, Frank and Jennifer Mir had to suffer tragedy early on in their relationship as Frank had a life-threatening bike accident in 2010. Frank was beyond devastated and almost gave up his career. Fortunately, Jennifer was by his side to support him and motivate him to go on. Frank also credits his wife as he overcame his pain killer addiction and continued his career.

Frank and Jennifer went on to welcome three more kids together, and Mir even adopted his stepson, Marcus.

Aforementioned, Jennifer and Frank Mir went through hell and beyond. But the pair always had each other’s back.

As the Mir couple marched towards parenthood, their bond became more robust. Throughout the decade-long marriage, the pair welcomed three kids together. Frank Mir’s daughter, Isabella Mir, is their oldest child together. Furthermore, Isabella also embarked on a professional MMA career and won her debut in October 2020 in her father’s presence.

While Frank Mir’s daughter, Bella, is regarded as one of the finest in MMA, his son, Cage Mir, is more inclined towards soccer. Frank celebrated his son’s victory in the U14 National Championship via Instagram post. Unfortunately, Jennifer has privatized her Instagram, but she must have shared her children’s achievements for sure.

The youngest in the family, Ronin Mir, is still trying to figure his interest and is more focused on academics at the moment. Therefore, time might tell what Ronin would choose to pursue. The Mir family maintains a very close relationship. Jennifer shared her babies’ pictures on her Facebook previously. Thus, it wouldn’t be a waste saying the Mir couple raised their kids around the arena & gym and turned them into righteous human beings.

As stated earlier, Frank Mir’s wife was a single mother when they first met in the strip club. Despite that, Frank seems close to Marco and legally adopted him.

Hence, Frank Mir got lucky to have found Jennifer Mir, who later became his rock. Furthermore, Jennifer just started her business in Las Vegas. So, let’s hope she gains deserved recognition and a succeeding business that proliferates her net worth significantly.