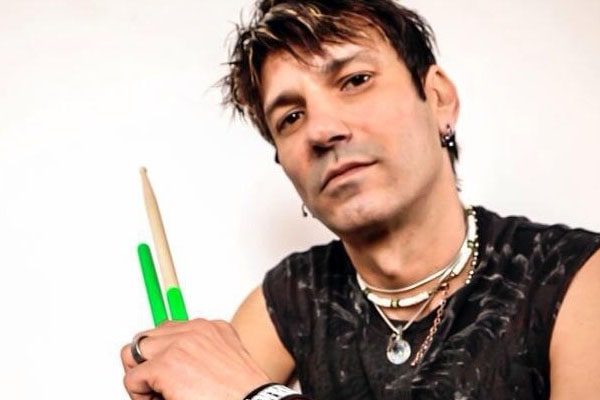 Raj Punjabi is a former member of the notable American rock band Green Day. Though he left the band several years ago, many people still show interest in his life and whereabouts. Many want to know if he is still active in the music industry or involved in any other career field.

Here, let’s get a closer look at Green day’s former drummer, Raj Punjabi, and know what he does at the moment.

Raj Punjabi was the first drummer of the punk band Green Day. According to reports, he joined the band in 1987 and served there as a drummer and backing vocalist for around a year only. However, the actual reasons why Punjabi left the band is still suspense to all the Green Day fans and other music lovers.

Soon after Raj Punjabi left Green day, another drummer John Kiffmeyer took his place. However, Kiffmeyer also left the band after serving for three years in 1990. Ever since then, Tre Cool is actively leading the role of a drummer in the band.

After leaving Green Day, the talented musician Raj Punjabi joined various other bands and musicians. Though he has not achieved as much fame as current Green Day members, he is quite successful in his music career.

An Endorsed Artist At Sound Synergies

The artistic drummer, and songwriter, Raj Punjabi serves as an endorsed artist for various successful artists and musical instrument selling companies, including Sound Synergies. In addition, he works on behalf of various artists and companies to represent, sell, and promote their work.

According to Raj Punjabi’s Facebook page, besides Sound Synergies, he is an endorsed artist at No Nuts Cymbal Sleeves, Soultone Cymbals, DC California Custom Drums, and Aquarian Drumheads. Moreover, he is also a drummer, backing vocalist, producer, and songwriter for various punk bands and artists.

Raj Punjabi, who performs live with different genres ranging from Rock, Reggae, and hip-hop, has performed with such artists as Dizzy Wright and Curtis Young, the son of Dr. Dre and a successful rapper.

Also, he performs for bands like Sublime LBC, One Wish, Saint of Lust, and Restruct as a drummer, backing vocalist, and songwriter.

Raj Punjabi Net Worth And Earnings

As mentioned above, the former Green Day drummer Raj Punjabi is currently engaged in multiple music bands. Also, he works for various well-known musicians. So keeping all those in mind, it seems like Raj Punjabi’s net worth is of a considerable sum.

Like any other touring musicians worldwide, Raj Punjabi also amasses the maximum percentage of his total assets from his musical tours with his bandmates and other music artists. Also, he adds some dollars to his rising total assets as an artist representative for various music-related companies and artists.

So, Raj Punjabi might not have as much a bank balance as current Green Day members. But, he sure has enough wealth to enjoy and provide his family a comfortable life.

Green Day’s former drummer, Raj Punjabi, is currently in a relationship with Head Brand Ambassador at Netty’s Medi-Essentials, Netty McKenzie. As mentioned on his Facebook page, he has been engaged with McKenzie since 9 April 2015. Reportedly, the couple first met on 9 March 2012.

However, going through the internet sources and their social media pages, it does not seem like they have exchanged their wedding vows yet.

His Father Is From Mumbai, Maharashtra

Raj Punjabi was reportedly born in Connecticut and raised in Rodeo, California. However, his parents are originally from Mumbai, Maharastra. According to his father, Kumar Punjabi‘s Facebook page, he hails from Mumbai and later relocated to Las Vegas, Nevada. So, it clarifies that though Raj is an American nationality holder, his ancestors are Indian.

Currently, Raj Punjabi resides in Vancouver, Washington, with his fiance, Netty McKenzie, and their kids. Though he left the Green Day band several years ago, he is still active in the music industry as a drummer, backing vocalist, and songwriter for different musical bands and artists.

Hopefully, we will get to hear and see more of the professional drummer, Raj Punjabi, in the coming days.