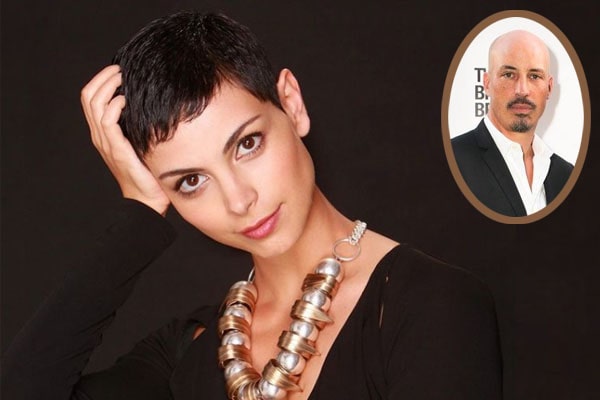 The Brazilian-American actress and refugee advocate Morena Baccarin married her boyfriend, actor Ben McKenzie in 2017. The happily married couple, Baccarin and McKenzie, have welcomed two kids together, Frances Laiz Setta Schenkkan and Arthur Schenkkan. Though Baccarin maintains a home in her birth country, Brazil, she lives with her husband, Ben McKenzie, and their kids in New York.

However, Ben McKenzie is not the first marriage of Morena Baccarin. Previously, she was in a marital relationship with the American filmmaker Austin Chick from 2011 to 2016.

Here learn some facts on Morena Baccarin’s ex-husband, Austin Chick, including his lengthy divorce settlement and his life after the divorce from Baccarin.

Morena Baccarin’s ex-husband, Austin Chick, is a successful American film director, producer, and screenwriter. The first major film directed and written by Chick is the romantic drama movie XX/XY, which was released at the 2002 Sundance Film Festival. The film featuring Mark Ruffalo and Kathleen Robertson earned the nomination for Grand Jury Prize and was later taken up by IFC Films.

Since producing his 2012 movie, Girls Against Boys, Austin Chick does not seem to have made any more movies. Lately, he is not active in the film industry. But we hope he will come back soon with his new acting project.

A Graduate Of Sarah Lawrence College

Born in Hartford, Connecticut, in 1971, Austin Chick relocated to New Hampshire later. There, he attended an independent private boarding school, High Mowing School. Then, Chick joined Sarah Lawrence College, a private liberal arts college in Yonkers. In SLC, he majored in psychology and literature with the help of grants from the King Foundation.

After graduating from Sarah Lawrence, Austin Chick spent several years unsure about his life’s goals and lived as a wanderer for some time. The book named ‘The Film That Changed My Life‘ by Robert K. Elder notes that watching Kings of Road aided Austin to find direction. After watching the 1976 movie, Chick realized that the film industry was a place that might make sense for him.

So, Morena Baccarin’s ex-husband, Austin Chick, enrolled in SUNY Purchase Film School in New York and graduated with cinematography. Since then, his career in the American Film Industry as a filmmaker started.

Austin Chick married the famous actress Morena Baccarin in 2011 over Thanksgiving. Two years after their marriage, the former pair welcomed their only child, Julius Chick, on 22 October 2013 in Glendale, California. However, they could not live happily with each other as a husband-wife duo for long. Various marital issues haunted their relationship. As a result, Chick filed for a divorce from his then-wife, Morena, in 2015.

According to TMZ, Austin Chick filed for divorce, claiming his then-spouse, Morena Baccarin, cheated on him with her Gotham co-star, Ben McKenzie. He added that he had no idea that the two were hooking up until someone presented him with pretty irrefutable evidence. It shocked and blindsided Chick after discovering Baccarin and McKenzie’s relationship when they were still in a marital relationship.

The Entertainment Tonight notes that a fan sent Austin Chick a photo of Morena and Ben together in Vancouver. When Chick confronted Baccarin about the photo, she did not refuse it and said she did not want to work on their marriage, leading to their divorce proceedings.

Reportedly, in the 2015 court filing, Austin Chick claimed Morena Baccarin as the family’s breadwinner, drawing in $1.5 million a year from Gotham and other acting projects. Consequently, he asked for child support and spousal support from Baccarin. On top of that, Chick demanded $3K per month for nanny fees, despite claiming to be a ‘Mr.Mom’ in the relationship.

Some months after the divorce filing, the judge ordered Baccarin to pay her estranged husband, Austin Chick, $20,249 in spousal support and $2,693 in child support every month. However, after two years, in February 2017, the Gotham star grew tired of sending money to Chick. TMZ reported that till then, she had already paid $340,088 in spousal support, $100,000 from their community estate, and $147,302 as part of their temporary divorce agreement.

So, after Baccarin requested, the judge allowed her to stop paying such huge amounts, and her spousal support payments reduced to $5K per month. Moreover, Baccarin got the primary custody of their son, Julius. However, they split joint custody. A judge ruled that Chick could meet his son once a month for a week, only after giving Baccarin two weeks’ notice before visiting him.

In November 2016, Morena Baccarin requested Austin Chick to take their son, Julius Chick, with her to Brazil to visit her dying grandma. However, Chick refused her request, citing concerns over the Zika virus even though his son’s doctors argued that the virus was not a concern for their then-toddler boy.

Moreover, Morena Baccarin’s estranged partner, Austin, claimed Brazil, as a whole, unsafe, which Morena argued was never a concern when they traveled Brazil as a couple. According to TMZ, Baccarin asked the court to issue an order allowing the trip together with Ben McKenzie and their daughter, Frances. But, it is not sure if the judge permitted her for the trip to Brazil or not.

It Took Years For Chick And Baccarin To Settle Their Split

Austin Chick and Morena Baccarin sorted out their custody battle over Julius only in 2018. Reportedly, since then, the court ordered Chick and Baccarin to share custody. Moreover, Chick moved from LA to New York, where Baccarin resides with her new family, to make custodial alteration easier for everyone.

Furthermore, according to court documents, Morena Baccarin paid Chick spousal support of $5K per month till 2019. However, she still has to pay $3500 per month in child support until Julius turns 18.

Moreover, Baccarin kept hold of her ownership of their properties in Brazil and LA, along with their 2001 Lexus. But, it all came at a cost. Baccarin gave Chick a check of $406K in a settlement. Lately, it seems like both Baccarin and Chick are on good terms now as there is no more news of them having legal war in recent years. Furthermore, Austin Check’s net worth must have been heavily influenced by his divorce settlement as well.

Aforementioned, Baccarin married Ben Mckenzie soon after her divorce from Chick and gave birth to two adorable kids. The pair often appears on the red carpet events together and are happy with each other. However, talking about Morena Baccarin’s ex-husband, Austin Chick, there is no news of him hooking up with any other woman after divorce.

Ever since his divorce from Baccarin, Chick maintains a private life away from media scrutiny. Moreover, he does not seem to be available on social networking handles. So, most of the details on his present life are a secret. We hope he is living a peaceful life wherever he is at the moment.

What Does Lisa Loeb’s Husband Roey Hershkovitz Do? Parents Of Two Children

Michael Buffer’s Ex-wife Alina Buffer – What Could Have Gone Wrong Between The Former Pair?

Daniel Depp, Happily Married To His Wife Mahnaz Shams Since 1979