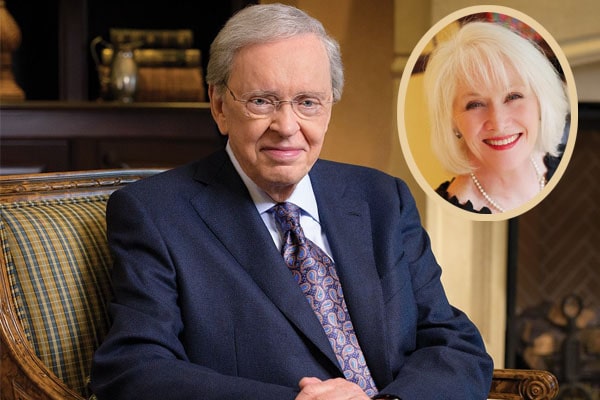 Charles Stanley is one of the most recognized pastors in the United States. He is mainly famous for being Pastor Emeritus of First Baptist Church, originally located in Atlanta, Georgia. Stanley served there as its senior pastor for more than half a decade. Similarly, the 88-years old Charles even served two one-year terms as President of the Southern Baptist Convention.

Besides, Stanley is also the president and founder of an American evangelical ministry, In Touch Ministries. His ministry is famously recognized for broadcasting his sermons through television.

Charles Stanley was in a marital relationship with Anna Stanley, originally Anna Margaret Johnson. However, in 2000, they ended over 40 years of their relationship as husband and wife with a divorce. Some years after their divorce, sadly, Anna died at the age of 83. Here are some more details on Charles Stanley’s ex-wife, Anna Stanley.

Divorced Charles Stanley After Being His Wife For Over 40 Years

Late Anna Stanley reportedly walked down the aisle with Charles Stanley in 1955. At first, both were happy with their marriage. But, slowly, the former husband-wife duo, Anna and Charles, began to experience marital disputes.

Several years after their marriage, Anna Stanley moved out and stopped attending church with her then-husband. The quiet departure of Charles Stanley’s ex-wife, Anna Stanley, went public from the pews in June 1993 after she unexpectedly filed for divorce. Her step caused an uproar in Southern Baptist circles, where divorce is observed as a sin according to Bible.

So, later, the estranged pair decided to revise the lawsuit and seek a legal separation instead of divorce as they tried to reconcile. They even went to a highly trained team of counselors and doctors for three weeks. However, reconciliation never happened as Anna Stanley filed for divorce again in March 1995. This time, she even explained why she wanted to divorce Charles in a letter to Charles’ church.

According to Anna Stanley, she underwent several years of discouraging disappointments and marital conflict with her then-spouse, Charles Stanley. She added that Charles, in effect, turned his back on their marriage and chose his priorities, in which she was not one of them.

Eventually, Anna Stanley and Charles Stanley separated judicially, just a few months before the court finalized their divorce in 2000. Though Stanley had committed to resigning after his divorce, the church members overwhelmingly voted to retain him as their pastor.

Fourteen years after her divorce from Charles Stanley, Anna Stanley passed away peacefully in her sleep on 10 November 2014 at age 83. A celebration service was held on 13 November 2014 at North Point Community Church, Georgia.

Charles Stanley’s ex-wife, Anna Stanley, welcomed two kids with him when they were together. They welcomed their son, Andy Stanley, on 16 May 1958. Similarly, their daughter, Becky Stanley, arrived some years after Andy’s birth. Both of their kids are also strict followers of God. In fact, their eldest child, Andy, is a well-known pastor at the moment.

Though Anna and Charles’s marriage was in trouble, they never let their kids know about it while they grew up. Their son, Andy, knew about it only when he was in 10th grade as he never saw his parents argue or even disagree before then. Charles and Anna always seemed to have a perfect bonding before their kids till they became teenagers.

Furthermore, along with her children, Anna Stanley is survived by her son, Andy Stanley’s wife, Sandra Stanley, and their three kids, Garrett Stanley, Allison Stanley, and Andrew Stanley. Similarly, from her daughter, Becky Stanley’s side, she had three grandkids, Jonathan Brodersen, Annie Brodersen, and Matthew Brodersen.

A Gifted Bible Teacher And Musician

For most of her life, Anna Stanley served as a Bible teacher at the George Mueller Christian School in Miami, Florida. Late Anna was also a skillful musician. Also, she served alongside her then-husband, Charles Stanley, in Ohio, Florida, Georgia, and North Carolina. Anna remained active in multiple areas of church life till illness obstructed her participation.

Currently, Charles Stanley is living a single life. After divorcing Anna, he never married, as according to bylaws of First Baptist Atlanta, Stanley can lose his post as a pastor if he remarries. Moreover, another reason he did not marry might be his love for his wife, Anna, and due to the regret of not being able to give her enough time while they were together.

Charles Stanley has mentioned his ex-wife in a few of his books as Anna or Annie. In one of his books titled ‘A Man’s Touch,’ he tells the story about his honeymoon and the first meal his former wife, Anna, made for him; fried chicken. So, though Anna Stanley is no more, she is still alive in each of her near and dear one’s hearts. We hope Anna’s soul is resting in peace.