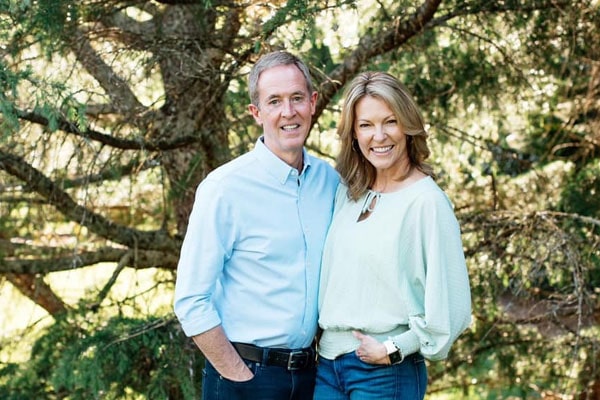 Andy Stanley is the son of Pastor Emeritus of First Baptist Church, Charles Stanley, with his ex-wife, Anna Johnson Stanley. Growing up, he also followed in the footsteps of his father as a Pastor. Currently, Andy is famous as a communicator, author, and Pastor. Stanley is the founder and Pastor of the Atlanta-based North Point Ministries (NPM). As an author, Andy Stanley has authored over 20 books, including Irresistible: The New Rules for Love, Sex & Dating, and When Work & Family Collide.

One of the most influential pastors alive, Andy Stanley, is a family man with a loving partner named Sandra Stanley. She regularly helps him in the church’s services. Here, find more about Andy Stanley’s wife, Sandra Stanley, who is an advocate and a foster mom.

ALSO READ: Find Out If Aneliz Aguilar Alvarez Is Still Pepe Aguilar’s Wife Or Not

Married To Andy Stanley Since 1988

Sandra Stanley is a Georgia native and an alum of Georgia Tech and Dallas Theological Seminary. After completing her degree from Georgia, she tied her marital knot with Andy Stanley in 1988. Ever since then, Sandra is living with her long-time husband, Andy, in Atlanta.

It has been over three decades since Andy Stanley and Sandra Stanley are together as husband and wife. And, their love for one another is still as strong as it was in the beginning. Unlike Andy’s parents, there does not seem to be any marital issues all through these years. It might be their support and understanding for each other, which is making the married pair’s bond stronger with passing day.

Decades of togetherness of Andy Stanley and his wife, Sandra Stanley, have blessed them with three kids, who are all grown up in the present.

The oldest of Sandra Stanley’s sons with Andy Stanley is Garrett Stanley, who is currently married to Danielle Windom Stanley.

Similarly, Sandra’s only daughter, Allison ‘Allie’ Stanley, is in a marital relationship with Clay Cooney. As for their other son, Andrew Stanley, he is currently a bachelor and mainly focuses on his career as a comedian.

Founded The North Point Ministries Together With Andy

In 1995, Andy Stanley and his other half, Sandra Stanley, together founded the North Point Ministries, Inc. Since its establishment NPM has spread from one church to eight in metro Atlanta and has expanded a global network of more than 90 partner churches at the moment.

According to Andy Stanley’s wife, Sandra Stanley, she had a sinking feeling in the initial days after she and her husband started North Point Ministries. She was raising three little kids and homeschooling her eldest for Kindergarten. Moreover, Sandra was also juggling all the details of young family life, so she did not have a ton of margin for adding to-dos to the to-do list.

In the midst of that, members of their NPM requested her to be involved in its women’s ministry. However, she said no to their proposal as she had already said yes to homeschooling her son with Andy during that season. Sandra knew she could not do both well. So, she set aside time for what was important to her family, i.e., homeschooling.

An Advocate And Author

Besides being the founder and active member of the North Point Ministry, Sandra Stanley is also an advocate and foster mom for kids and fighting with the challenges of foster care. She is working in the foster care initiative developed by NPM called Fostering Together. Moreover, Sandra has even fostered children herself.

Everything began when Sandra and Andy’s youngest kid, Allison Stanley, entered ninth grade. The same year, Sandra and her husband became the foster family of three little girls. Although fostering those girls was challenging at first, every member of the Stanley family took out some time from their schedule to help the girls.

Sandra’s sons, Garrett and Andrew, would drive the girls to school and help with some errands. Also, the boys provided as much laughter for the lives of the girls who never had brothers. Similarly, Sandra’s daughter, Allie, worked as a role model and assisted with child care. According to Sandra, the girls listened to Allie more than her even though they told the same things. In 2018, Sandra and her partner, Andy, fostered another girl too.

Apart from those all, Sandra Stanley is also an author. Some of the books authored by Sandra Stanley are Breathing Room and Comparison Trap. You can order her books to read them online or in a book through her website as well as other online sites, including thrift books and Amazon.

So, Andy Stanley’s wife, Sandra Stanley, has many work experiences to date, and she is happy with whatever she does. Besides, she is also a supportive wife and a great mom. We hope her relationship with her husband and kids remains as strong as it is now.