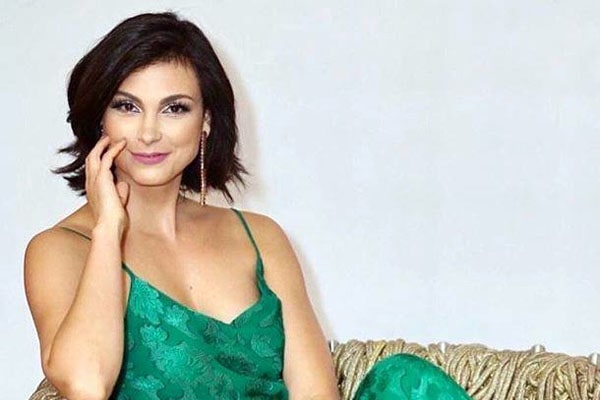 Morena Baccarin has been on people’s radars for some years now as the versatile acting diva won thousands of hearts as Inara Serra in the sci-fi series Firefly. She is also famous for portraying the role of Vanessa in the 2016 superhero movie Deadpool and its sequel Deadpool 2, in 2018. Besides being a Brazilian-American actress, Baccarin is also engaged in social service and works as a refugee advocate with the International Rescue Committee.

The Spy actress Morena Baccarin has married twice in her lifetime. Currently married to actor Ben McKenzie, Baccarin was previously married to film-maker Austin Chick, with whom she welcomed her first child, Julius Chick.

Here is everything you might be eager to know about Morena Baccarin’s son, Julius Chick.

Only Child Of Morena Baccarin With Austin Chick

Julius Chick’s parents, Morena and Austin, tied their marital knot on 18 November 2011 and announced their pregnancy with Julius in May of next year. However, the former couple could not continue their marriage life for long. And after a while, Austin filed for divorce from Morena in July 2015, citing irreconcilable differences. Well, their divorce was finalized only on 18 March 2016.

After their divorce got finalized, Morena and Austin agreed to share joint legal custody of their only son, Julius Chick. However, according to the People, the former husband-wife duo decided Julius will live primarily with his mom, Morena. Later, the court also ordered Baccarin to pay her ex-husband, Austin, $20,349 each month as spousal support and an extra $2,693 in child support till their son turns 18.

Going through the social media handles of Julius Chick’s parents, it seems like though his parents were granted his joint custody, mostly he lives with his momma. Morena Baccarin’s son, Julius Chick, often appears on his mom’s Instagram page with his half-siblings and step-father, Ben McKenzie. Though his mother frequently shares his pictures on her Instagram, she always makes sure his face is hidden. So, there is no photo of Julius Chick available on social media handles at the moment.

Mostly Lives With His Mom And Her Other Two Kids

After divorcing Austin Chick, Morena Baccarin shared with media that she was planning to marry actor Ben McKenzie. The couple got engaged in November 2016 and took their wedding vows on 2 June 2017, Morena’s 38th birthday. Together, the pair gave birth to two kids, making Julius Chick a proud big brother.

Julius Chick shares a great bond with both of his half-siblings. All three of them enjoy spending their precious time together. We can often see the bonding of Morena Baccarin’s children on Baccarin and McKenzie’s social networking handles.

Julius Chick’s Relationship With His Step-father

Morena Baccarin’s son, Julius Chick, is close with his step-father, Ben McKenzie. Though they are not related by blood, they seem to share a great emotional bonding. Ben treats Julius as his own first child, and Julius also loves to spend time with Ben. It’s the reason Julius’ mom, Morena, often gushes about Ben’s parenting skills before media.

While speaking to People, Morena Baccarin even expressed her thankfulness for having Ben McKenzie as a father to her kids, including Julius. She is happy that both Ben and Julius accepted each other and enjoy each other’s company. Seeing their photos together also, it looks like they are more of a friend than a father-son duo. We hope their relationship gets stronger with each passing time.

The name Julius is of Greek origin, which means down-bearded.