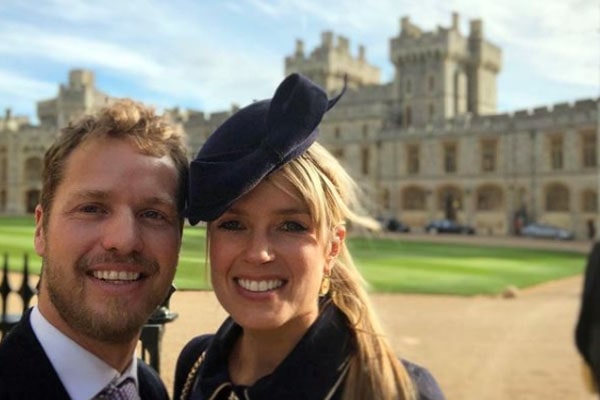 Sam Branson is the only son of the English business mogul Sir Richard Branson with his long-time wife, Joan Templeman Branson. Besides being famous as Richard Branson’s son, Sam is a successful and inspiring adventurer, social entrepreneur, and philanthropist. He is the founder & chairman of a production company named Sundog Pictures. Also, Sam is the co-founder of a global production studio, Hidden Light. Moreover, the certified Yoga instructor, Sam, is a member of his family business, the Virgin Management Team.

A passionate songwriter & musician, Sam Branson is married to Isabella Calthorpe, the daughter of banking heiress Lady Mary-Gaye Curzon and John Anstruther-Gough-Calthorpe. Together the long-time couple, Bella and Sam, are parents to two kids, including son Bluey Rafe Richard Branson.

Bluey Branson is the second child of the romantic couple, Sam Branson and Isabella Calthorpe. The pair welcomed their son, Bluey, on 18 January 2017, weighing 8.11lbs 11oz. The proud dad, Sam Branson, took to his Instagram to announce the birth of his son along with a beautiful picture of his family.

Sam Branson’s son, Bluey Branson, is the fourth grandchild of Sir Richard Branson. Like Sam, Richard was also overwhelmed after the birth of Bluey. He was in the middle of kitesurfing when he received a call informing the birth of his grandson. Richard was so happy that he accidentally revealed the gender of the newborn while his daughter, Holly Branson, was waiting to find out herself. You can see the Branson family’s happiness on the birth of Bluey in the video, posted by Richard Branson, below.

Sam Branson and his family rarely post pictures of their toddler, Bluey Branson, on their social networking handles. So, it seems like the Branson family wants to keep him far from the limelight until he grows up to make decisions independently. However, being the youngest child of the family, Bluey undoubtedly is getting extra love and care from his family members.

Reasons Behind His The Name Bluey

The Branson family has a lot of reasons behind naming their child ‘Bluey.’ Sam Branson’s great-great granddad was a Cambridge rowing blue, while his great-granddad was a Cambridge swimming blue. Moreover, when Bluey’s dad, Sam, arrived, his grandfather, Richard, was attempting to win the Blue Riband for Britain by finishing the fasted crossing of the Atlantic by boat. Though Richard did not win on the first attempt, he competed again and won the trophy.

Finally, according to Richard Branson, his whole family loves Australia, especially Bluey’s dad, Sam. Bluey’s parents, Sam and Isabella, with his sister, Eva-Deia, had spent some magical time there before his birth. When they were trying to think of some name for their airline in Australia, they chose Virgin Blue after an Australian explained to Richard that Bluey meant redhead in their country. So, the Branson family chose the name ‘Bluey’ for their son though his hair was not reddish at the time of his birth.

Sam and his loving wife, Isabella, have not left a single stone unturned to give Bluey a great childhood. Nature and wildlife enthusiast parents of Bluey often take him and his sister to visit several travel destinations during their holidays. They let their son, Bluey spend some time in nature so that he gets to learn the connection between things. He and his family even have their own vegetable garden at their home, where he loves to work with his parents while not busy playing around.

Sam Branson’s son, Bluey Branson, is enjoying his childhood years to his best, away from the unnecessary media scrutiny. We hope we will get to know more about him in the upcoming days.

Bluey is an Australian nickname that means Red Head. The name, Richard comes from Old French and means ruler. Rafe is of Old Norse origin and means counsel of wolf.