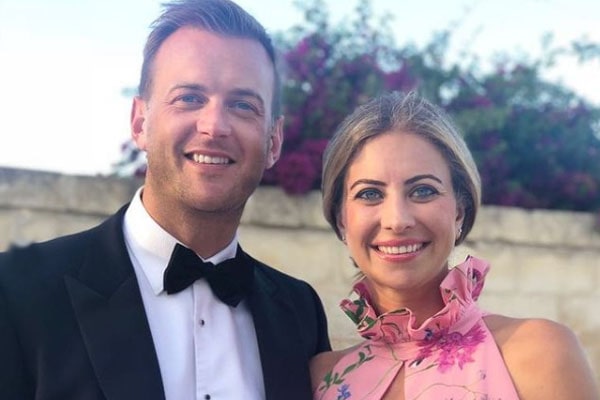 Holly Branson is the first child of the English business magnate and author, Sir Richard Branson, with his wife, Joan Templeman Branson. Besides being famous for being Richard Branson’s daughter, Holly is an established English businesswoman. She is a member of the Virgin Management Leadership team since 2008. Currently, the University of London graduate, Holly, is the chair of Virgin Group’s foundation, Virgin Unite. Moreover, she is the founder and trustee of Big Change, a non-profit organization.

In addition to being a successful businesswoman, Holly Branson is a devoted family woman. She is married to Freddie Andrewes since 2011, with whom she has three adorable kids. Here, know some more about Holly Branson’s husband, Freddie Andrewes, including his marriage with Holly, their children, and his professional life.

ALSO READ: Find Out Who Is Benicio Del Toro’s Wife

The Virgin Company’s Chief Purpose and Vision Officer, Holly Branson, exchanged the wedding vows with Freddie Andrewes on 20 December 2011 after dating for ten years. Their intimate marriage ceremony took place on Necker Island, the 74-acre island home of the Branson family. It is the same place where Holly Branson’s parents, Richard and Lady Joan Templeman, wed. The island was ravaged by fire in the August of the same year. However, it didn’t stop Holly, Freddie, and their close ones from celebrating their big day there.

Freddie Andrewes and Holly Branson married after they held a four-day-long celebration with a total of 100 friends. The attendees included Princess Beatrice and Princess Eugenie, who declined the Queen’s invitation to Christmas lunch at Buckingham Palace to attend the special day. They had fun with an action-packed program including beach Olympics, sailing races, and a volleyball tournament, which Freddie’s bride, Holly, won.

Holly Branson’s husband, Freddie Andrewes, proposed to her with an engagement ring in April 2011. He had set off fireworks to propose to her for marriage. They celebrated their dazzling engagement party later at Kensington Roof Gardens. A total of 300 guests was present there, including Prince William, the Duchess of Cambridge, Kate Middleton, and Pippa Middleton.

It has been a decade since Freddie and Holly exchanged their wedding vows, and their love for each other is increasing with time. Moreover, the arrival of their kids has added more happiness and closeness to their relationship.

As mentioned earlier, Freddie Andrewes is a father of three kids with his long-time wife, Holly Branson. They have two daughters, Etta Winter Andrewes and Lola Snow Templeman Andrewes, and a son, Artie Andrewes.

Freddie, with his wife, Holly, welcomed his first children, twins Artie and Etta, on their third wedding anniversary, 20 December 2014. Holly gave birth to their twins earlier than the due date by emergency C-section. Similarly, their second daughter, Lola Snow, joined the Andrewes brood on 29 December 2018, weighing 7lb 5oz.

Currently, Freddie Andrewes’ family of five live in London. When not busy with his work, Freddie loves to spend his time with his wife and young ones.

Holly Branson’s husband, Freddie Andrewes, currently serves as the Investment manager of his in-laws’ family business, Virgin Group. He is responsible for overseeing and growing Virgin Group’s investment activity. Andrewes joined Virgin in 2012 as a member of its investment group, supporting the brand’s growth across strategic sectors. Later, he got the position of Head of Business Development at Virgin Sports, which he handled till 2018.

Before joining the Virgin Group, Freddie Andrewes served as a Shipbroker at Clarkson Plc from 2005 to 2011. He was a member of their Sale & Purchase division, which focused on new building, second-hand, and demolition markets.

Being involved in the same organization has quite helped Freddie keep his relationship with his loving wife, Holly, strong. We hope their love and care for one another stay as robust as it is now till eternity.