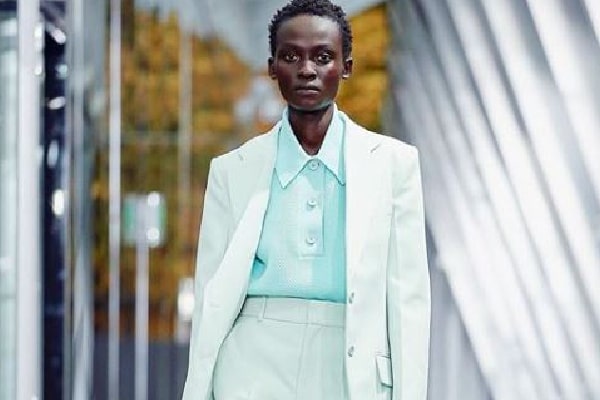 You will see hundreds of faces entering the fashion industry every day, but Aliet Sarah is not a face one can easily forget. This young model has already reached top heights within her two years in the industry.

Aliet’s story is not something that you hear every other day. Her journey from her home town to the modeling industry has been a heck of a ride. Read the whole article to know about Aliet Sarah’s family, relationship, and her journey.

Here are the 5 facts about model Aliet Sarah:

Both Of Aliet’s Parents Have Died

Aliet Sarah is originally from South Sudan. The ongoing war had created havoc in the country and an unfillable void in the life of Aliet’s family. It took away her father, who was in the military, from her; Aliet was just four at that time. The condition there was not favorable and safe for them to stay, so the rest of her family fled to Uganda.

Life was already really tough for Aliet when she lost her mother also. She was fourteen and helpless at that time. She was in mourning of her parents’ death, but somehow she managed to move to a new country. All these struggles had already made her tough enough to survive in the modeling industry.

After everything had happened, Aliet moved to Canada with her four siblings– three sisters and one brother. It was a very tedious process since developed countries like Canada did not trust South Sudanese with the visas. But they’ve somehow managed to get the permanent residence of Canada.

Aliet now lives with her four siblings under the protection of their aunt. Not much is known about her siblings, but she shares many photos of her younger brother on her insta feeds and stories. They seem to have an inseparable bond.

No wonder this beauty caught the eyes of many but landing a spot in London Fashion Week just six days after getting into the city is something out of the blue. It indeed shows her potential and reflects her future in this industry.

The British Vogue editors couldn’t stop obsessing over her, and they named her as one of the Breakout Models of LFW A/W19. Not only that, she was voted as one of Katie Grand’s top newcomer of the season on models.

Aliet’s dynamic and robust personality suggests that she can stay headstrong in this field, continually arbitrating and evolving.

Some of you have been crushing over this stunning model Aliet Sarah, and you might want to know if she is mingled or not. It seems that she is single to date, though she hasn’t ever spoken about her relationship status or of ever having a boyfriend. We don’t get any hints of love-affair of this young model from her social media handles.

So it’s best to assume that she is single as of now. Probably, this strong young lady is trying to focus on her career in this industry and stay committed to her work and family.

But we hope to be able to hear about her relationship status from herself very soon.

It turns out Aliet has a pretty good taste in music. In one of her interviews with Love Magazine, she was asked about her favorite musician, and she replied:

“Frank Ocean! This man is a genius/visionary and incredibly talented. Channel Orange is one of the most solid concept albums ever made and is consistent with the quality throughout while still sticking to the story of the project.”

She, who has already worked with big names like Versace, Givenchy,etc., has all the working attributes that becoming a top model requires. She has the ability to develop fake skin to take rejections and negative judgments lightly. We wish her the best of lucks and hope that she will succeed in her aspiration to inspire young girls worldwide.