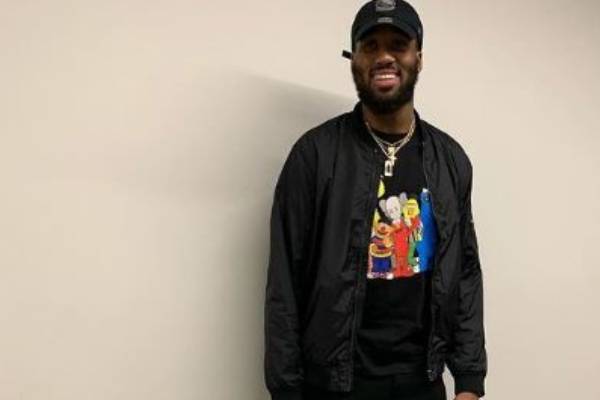 A’ja Wilson has established herself as one of the most prominent basketball players of her time. The professional basketball player currently plays for the Las Vegas Aces of the Women’s National Basketball Association. In her professional career, she has gained immense fame and added fortune to her name.

A’ja Wilson has been dating Josh Cunningham for a very long time now. The pair met while they were in high school, and they ended touring the University of South Carolina. Wilson insisted her future boyfriend on going to the same school.

However, the couple did not attend the same school but stayed in touch with each other. With time, the pair realized that they have several things in common, including their birthday. They don’t share the same birth date, but it is close to one another.

The lovely pair began dating in the 2017 season and are still going strong.

However, the lovebirds seem to be preferring privacy; thus, they have not posted any photos of each other on their Instagram profiles. Nevertheless, the lovely duo often gushes about each other in interviews. Moreover, in one of the interviews, Wilson mentioned that they make their long-distance work by FaceTiming a lot and texting most of the time.

The couple seems to be doing great in their relationship and love each other deeply.

Just like his girlfriend, Josh Cunningham is also a basketball player. He attended the University of Dayton from where he graduated with a degree in Media Production in May 2019. From the 2014 to 2015 season, A’ja Wilson’s boyfriend played for Bradley Braves.

While playing for the Dayton Flyers, he became three-time Team Captain for the team. In his senior year, for the season 2018-19, he led the team in Free Throws, shooting a percentage of .623 (94-151) from the line. The talented basketball player completed his Flyer career with 964 points in three seasons and 52nd all-time at UD.

Josh then played for Leiden for the 2019-20 season in the NL-1 league. Furthermore, he also played G-League for Westchester Knicks in the same season. He seems to have gained significant success in his basketball career. While Josh has not gained fame as his girlfriend, his dedication to his career will surely make him famous in the coming days.

A’ja’s partner, Josh, has a YouTube channel which he runs with Jermaine D Morgan. They opened the channel to give audiences a perspective on being a professional athlete and a former athlete. Furthermore, they also talk about BLM, police brutality, including skincare.

They started the channel eight months ago, on December 13, 2020. The duo has uploaded three videos to date. We hope that their YouTube channel gains significant success.

Apart from his basketball career, A’ja Wilson’s beau has gained fame because of her. However, despite the fame, Josh seems to be a private person. His Instagram is full of pictures related to his basketball career. Furthermore, he has not talked much about his personal life.

Just like him, Josh Cunningham’s girlfriend has not talked much about their relationship. They might be enjoying a quality of time with each other away from the unnecessary media attention. Nevertheless, we hope that they take a step further in their relationship, and we get to hear some great news in the coming days.