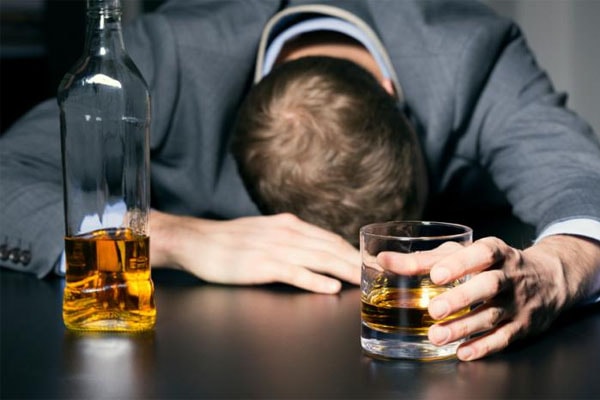 An alcoholic is someone that is addicted to alcohol (I Know You Know but Still). And the number of alcoholic people in Hollywood is way higher than you think. In the world around 50% of people consume liquors. Plus when you are an actor/actress, then you’ve got plenty of money to spend on alcohols.

Here is a list of Top Ten alcoholic actors/actress whose careers were profoundly affected because of their drinking problems.

Lindsay Lohan is a famous American actress. She is known for her character as Cady Heron in the movie Mean Girls. She was once poised for superstardom, then watched her career collapsed because of her drinking problem. Not just that, she also had a drug addiction. The aftermath was she lost many of her roles in movies, plus a reality show produced by Oprah Winfrey.

Yes, even wizards have drinking problems. In 2010, the Hary Potter star quit alcohol out of the fear that he was becoming too reliant on it. Daniel has talked about the effects of alcohol on his personal life, relationships, and the on-set behaviors with other actors. For the time being, Daniel Radcliffe is happy with girlfriend Erin Darke.

Even the Oscar-winning actor Late Robin Williams had drinking problems. He was a hard partier, and when John Belushi died from an overdose, he was there. Well, for some years Robin remained sober but started drinking again in 2003. And because of alcoholism, he suffered depression which resulted in him to take his own life in 2014.

Now a successful actress and happily married with children, Drew Barrymore has had her fair shares of troubles too. Most of her teenage years were wrought with drugs and alcohol. Her mother even sent the young Drew to a rehab center which later on helped her to overcome her drinking problem.

Maybe Batman started drinking at a young age because he saw his parents being murdered in front of his own eyes. Early in the 2000s, Ben suffered hard with alcohol. His drinking habits hampered his movie career along with his personal life. He stayed in rehab in 2001. But however, in 2015, Ben Affleck’s wife Jenifer Garner filed for a divorce stating Ben’s drinking problem has relapsed.

Well, the Hangover actor is sober for over a decade now but admitted how alcohol affected his life. He stated that if he hadn’t quit alcohol then he could have never changed his life plus he’d never have relationships with people like he does now. Well, alcohol not only affects your life but also the life of the people around you.

The late Star Wars’ Princess Leia too had drinking problems. In her published book “Wishful Drinking” in 2008, she stated that how people would choose alcohol as a coping mechanism. She had suffered diseases in the past, and unfortunately, Carrie died in December of 2016 because of a heart attack. Many thought that she started drinking again which caused such an incident.

The Baywatch actor David Hasselhoff once became famous for his notorious alcoholism. Because of his drinking problem, David’s visitation right to his daughter was suspended, and many suggested him to seek help for his addiction.

Owen from The Christmas Consultant having a Root Beer Float at The Brooklyn Diner!! See youSaturday night !! @lifetime pic.twitter.com/niem9WDw

We had seen Chandler Bing get drunk many times, but not many knew that the real-life actor Matthew Perry was going through the same. Because of his drinking addiction, the actor admits that he doesn’t remember some of the scenes being recorded during the show.

The list would be incomplete without the actor Charlie Sheen. After battling with his addiction to alcohols for years. Charlie admitted that he stayed sober for 11 years. His drinking problem along with drug addiction relapsed after he learned that he was diagnosed with HIV.