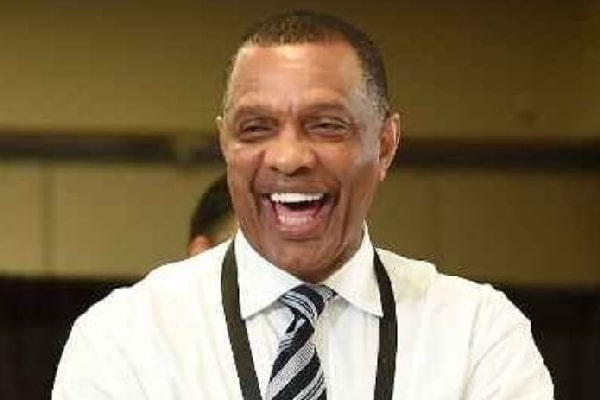 Alvin Gentry is an American professional basketball coach who is currently serving as the associate head coach of Sacramento Kings in the National Basketball Association. This sixty-five years old, who has served in several NBA teams, has been quite frustrated now as his career has been going downhill for quite a while now.

Coach Gentry has spent the majority of his life in the coaching ranks, but in this article, we will be focusing on Alvin Gentry’s wife, Suzanne Harris.

Let’s see how the couple started their journey together and how they met.

Gentry met Suzanne during his coaching period with the San Antonio Spurs. While the couple met in 1988, Alvin Gentry’s wife Suzanne was in charge of handling corporate sales.

At that time, Suzanne was 24, and Gentry was 34. The nearness between them had started increasing ever since then. Within a short period of time, Suzanne and Gentry had begun seeing each other.

The couple gradually became closer, and this increasing closeness resulted in a wedding. They exchanged vows in 1990 in Bexar County, Texas, United States.

Their wedding was featured in the 23rd edition of Arizona Wedding Magazine, and this is what the newly married bride had to say about it:

“We deeply love each other and are committed to making it work. It takes two people willing to communicate and compromise for the good of the relationship. It requires respect, perseverance, and forgiveness.”

As of now, the couple has been married for 3 decades, but they still share the same sense of their eternal love.

Suzanne And Alvin Are Parents To Two Children

Suzanne and Alvin have two sons together, namely: Ryan Marcus Gentry and Matthew Gentry. Both of them are pretty secretive about their life, but we have managed to accumulate quite a few things about them.

The couple gave birth to Ryan in 1997. Ryan is present on Instagram with a private account, along with 626 followers and 246 posts. But we can read him as a guy with a pretty good sense of humor as his insta bio say: “Womb Class of 1997.”

In addition to that, his Instagram bio also said that he went to San Diego University and graduated earlier this year. He must haven’t expected his graduation to be this way due to the effects of COVID-19—what a memorable graduation ceremony for Ryan.

Now coming to their next son, Matthew, he prefers to stay very private about his life. He doesn’t have any social media accounts to date, or at least any that we know of. However, he sometimes attends his father’s games along with his mother and brother. This is all we know about him, but we expect to see more of him in the future.

Suzanne Harris’s Husband Was Previously Married To Another Woman

Suzanne is not Alvin Gentry’s first wife. We kept this shocking fact for the end of this article. Suzanne Harris’s husband, Alvin Gentry, was previously married to Pat Sue DeLuca Gentry.

Alvin had met Pat Sue DeLuca while he was an assistant coach at Colorado University. They got separated only after 5 years of marriage, and the reason for the separation remains undisclosed. Though we don’t know much about this former couple, they have a daughter named Alexis Gentry together. She is a big fan of cats and digital art. Alexis now runs a pop-culture-blog website called Trashwire.

During these 30 years of married life, Suzanne has been Alvin’s constant support and biggest cheerleader. Alvin went through major ups and downs in his career, but Suzanne was always by his side. This is a sign of an eternal relationship; we hope that this bond gets even stronger with time.