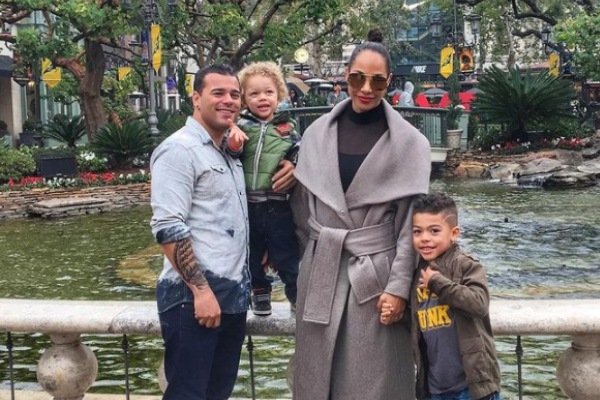 Amanda Brugel is best known for the comedy film Sex After Kids, for which she bagged an ACTRA Award for Best Female Performance. Amanda has also been part of other successful movies like Maps to the Stars, Room, Suicide Squad, Kodachrome, and the much recent movie Becky. She has been making giant leaps in terms of acting over the years.

Moving on towards the actress’s personal life, Amanda Brugel was married to Marcel Lewis. Their relationship has gone through a huge roller coaster ride, making it hard for both of them to continue living together. Let’s have a look at how their relationship unfolded and see what Amanda Brugel’s ex-husband Marcel does.

Amanda Brugel married her ex-husband Marcel Lewis on March 7, 2008. They got engaged in Malibu, which sounds really romantic. The couple also went there again to celebrate a picnic along with their children. Unfortunately, the couple’s love for each other was not enough to hold their relationship, and they ended up separating ten years after their marriage in 2018.

As Amanda and Lewis enjoyed their lovelife far from the media scrutiny, the couple has not revealed the reason behind their divorce. Even after spending more than ten years together, the two still had differences that they could not overcome, which is pretty sad to see.

Amanda Brugel’s former spouse, Marcel Lewis, is a police officer.  The Sex After Kids actress revealed in an interview with Fashion Magazine that her ex-husband is a police officer. Marcel’s interview was mainly focused on how the actress was spending her self isolation, and she also talked about how she was spending her day with her kids. Apart from that, there is not much known about Marcel Lewis as he rarely appears on media. Some sites do mention he is serving as a constable in the city of Toronto, Canada.

Also Read: Who Is Jon Glaser’s Wife? With Whom He Also Has A Son And A Daughter

As we mentioned earlier, the couple got married on 7 March 2008 in front of their close friends and family. Together, Amanda and her ex-husband Marcel have two kids. They welcomed their first son Jude Mason Lewis and after a few years, their second son Phoenix Lewis followed. Jude and Phoenix are really close to their mother and are mostly seen with Amanda. Jude is really interested in soccer, while Phoenix is more of an artistic type, so Amanda has been doing an amazing job balancing her kids’ different interests.

Amanda mentioned in her quarantine story that the two kids are exposed by the continuous racial conversation and them being biracial was a challenge. But we all know how loving of a mother Amanda is, so they will surely overcome every challenge they face from her support. As for Lewis, there has not been an update about his relationship with Amanda and the kids after the separation.

Amanda Is Currently In A Relationship With Aidan Shipley

After divorcing her ex-husband Marcel Lewis, Amanda has moved on and is currently in a relationship with actor and filmmaker Aidan Shipley. The pair has been together since November 2018 and recently celebrated their second anniversary. Apart from Amanda, Aidan is also really close to her kids Jude and Phoenix. The four can be seen spending their time chilling and going on small hikes.

The kids really seem to enjoy Aidan’s company, and he seems to be deeply in love with Amanda. So let’s hope this time around everything works out for the talented actress, and we may very soon see a marriage ceremony.