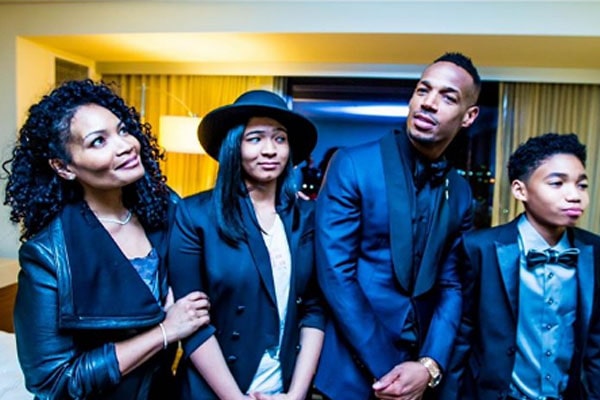 Gorgeous Angelica Zachary came to limelight after marrying actor Marlon Wayans. Though their married life had a long run, it ended up in a divorce. After meeting in 2001 and having a long-term relationship for almost four years,

Marlon Wayans tied the knot with his ex-wife Angelica Zachary in 2005. It was not a grand wedding, however, they had invited some close friends and relatives. Unfortunately, because of some unavoidable circumstances, Marlon Wayans divorced his wife Angelica in 2013.

From their marriage, they had two children Shawn Howell Wayans and Amai Zackary Wayans. Now, coming back to Angelica, let’s not waste any time and know more about Marlon Wayans’ ex-wife.

We have seen in many cases that there is bitterness in the relationship after divorce. Plus the bitterness causes problems to the kids too. Well, not in this case. Former Marlon Wayans’ wife Angelica has got a friendly relationship with him. Even after calling it quits, the ex-pair has maintained a healthy relationship.

On Angelica Zachary’s birthday, her ex-husband Marlon posted a photo of them being together with a loving caption. In the caption, Marlon Wayans coined his ex-wife to be a beautiful soul. Marlon further thanked his former partner for being by his side and also thanked her for the prayers. We can see how much his ex-wife means to him.

The actor also revealed that he shares a strong co-parenting with Angelica. He considers her to be his family and enjoys spending time together. It’s adorable to see that the two of them are still close to each other even after the divorce. He frequently posts photos of Angelica on his social media as well.

The American actor Marlon and his ex-wife Angelica has got mutual respect for one another and are great at co-parenting. In a place where people blame their exes and past marriages, Marlon surely has added a new meaning to the word “Ex-wife.”

Marlon Wayans’ ex-wife Angelica Zachary had a high impact on his life. In an American comedy series “Marlon,” which is inspired by his real-life events. Marlon Wayan’s ex-wife, Angelica Zachary is the one behind the infamous character, Ashley Wayne on the sitcom.

The TV series shows despite their inability to co-exist, the divorced couple tries to stay friends for the sake of their children. It’s loosely based on Marlon Wayans’ own life. The show has created a great platform with a huge fanbase.

So, in all, the divorced ones should learn to respect each other from Marlon Wayans and his ex-wife, Angelica Zachary.