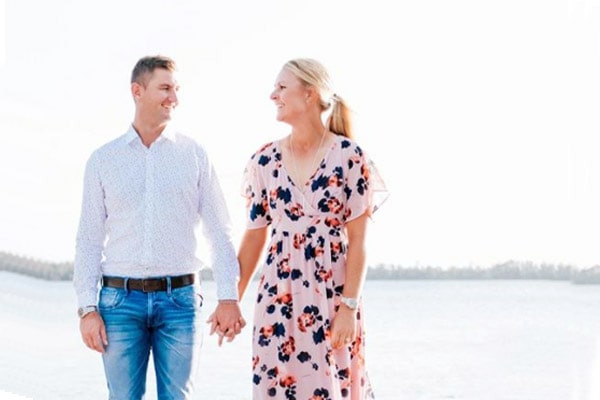 Anna Nordqvist, born Anna Maria Nordqvist, is a professional Swedish golfer player playing for the Ladies European Tour and the U.S.-based LPGA Tour. One of the successful female golfers, Nordqvist, is the runner-up and winner of the various championship. Her significant winnings include the 2009 LPGA Championship and the 2017 Evian Championship. In addition, Nordqvist was also the Ladies European Tour Rookie of the Year 2009 and the second runner-up of the U.S. Women’s Open 2016.

Along with the rising popularity of Anna Nordqvist, the number of fans being curious to know her personal life is also increasing significantly. In addition, her engagement with her fellow golfer, Kevin McAlpine, has become a subject of concern for many golf fans worldwide. Here, in this article, know if Kevin has become Anna Nordqvist’s husband or is still planning to marry her.

At the end of 2018, Anna Nordqvist took one and a half months’ leave from the golf course to be mentally refreshed after an exhausting year. She and her long-time date, Kevin McAlpine, went to Steamboat Spring, Colorado, for some refreshment. McAlpine popped the question to Nordqvist with a diamond-embedded ring while skiing in Steamboat on 13 December 2018. Anna announced her engagement via Instagram, flaunting her brand new proposal ring and her fiance McAlpine.

Nordqvist and McAlpine dated for nearly a decade before getting engaged in Colorado. Anna was quite excited about her wedding and spending the rest of her life being Mrs. McAlpine. The couple had planned to take the wedding vows as per the European culture, two years later, on 11 July 2020. They bought 10dz of personalized golf balls with their wedding date on them. However, due to the COVID-19 pandemic, they postponed their marriage date to 2021.

Although Anna and Kevin could not walk down the aisle on 11 July 2020, they spent that day as their wedding day. She posted some snapshots with her soon-to-be husband, Kevin, celebrating the day on her Instagram page. Also, she notified her followers that they would celebrate their marriage ceremony with their closest friends and family in 2021. And, it seems like the pair have already taken their wedding vows secretly. It might be the reason some online sources claim McAlpine as Anna Nordqvist’s husband.

Anna Nordqvist’s Husband Was A Caddie For Lexi Thompson

For a couple of years, Kevin McAlpine caddied one of the most successful American female golfers, Lexi Thompson. He joined Thompson shortly before the ANA Inspiration in 2017. McAlpine expertly assisted Thompson in navigating a four-stroke penalty in the final round of ANA Inspiration. After that, Anna Nordqvist’s then-fiance, Kevin, helped Thompson in numerous other golf tours and competitions as a caddie. However, the player-caddie duo, Thompson, and McAlpine publicly parted their ways in 2018 during the CME Group Tour Championship in Naples.

The Colorado State University graduate, Kevin McAlpine, had a brief professional playing career of his own. He is a former Scottish Amateur champion who bears the amateur scoring record of 10-under 62 at the Old Course at St.Andrews. Also, McAlpine used to sell kids golf equipment in Scotland. But he quit it to be the caddie of Thompson.

According to sources, after splitting up with Thompson, McAlpine told the media reporters that he would not be caddying anyone else. So, what Anna Nordqvist’s husband, Kevin, is doing after retiring as a caddie is still a mystery. Until and unless Kevin McAlpine discloses his current profession in public, we aren’t much sure of his professional life. However, it’s clear that his love life with his wife, Anna Nordqvist, is going really great.