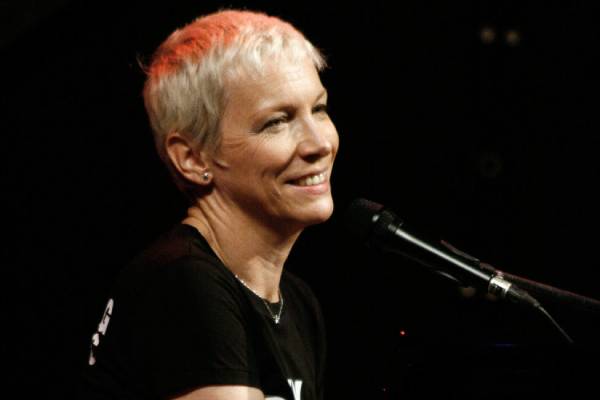 Best known for being an ex-member of the British pop duo Eurythmics, Annie Lennox is a Scottish singer-songwriter. Born Ann Griselda Lennox, she was also in the new wave band The Tourists. Aside from being a musician, she is a political activist and a philanthropist.

The 67-year-old singer enjoys a blissful marital life with her spouse along with her successful career. Many fans must be curious about her partner. Thus today, we will look into Annie Lennox’s husband, Mitchell Besser.

Besser Is A Gynecologist

The singer’s spouse, Mitch Besser, is from South Africa. He is an obstetrician and gynecologist specializing in women’s reproductive tract, pregnancy, and childbirth. Besser attended and graduated from Harvard Medical School and did his residency at the University of California Medical Center in San Diego.

The gynecologist is the brother of famous American doctor Richard E. Besser. Additionally, he has numerous certifications and licenses. He possesses the American Board of Obstetrics and Gynecology certification in Obstetrics & Gynecology, CA State Medical License, which is active through 2022, and NJ State Medical License, which has been active since 2017.

Thus, Mitchell Besser’s net worth must be a considerable amount from his medical career. Likewise, his wife, Annie Lennox’s net worth is $60 million.

Met During A Charity Event

In 2009, Annie Lennox’s husband organized a fundraising program for an AIDS charity named mothers2mothers in Africa. The singer went to visit and embark on a project which led to the couple meeting one another. Afterward, the artist became one of the supporters of Besser’s foundation. After three years of their fateful encounter, the lovebirds married each other.

The pair tied the knot on September 15, 2012, in London. The private wedding ceremony was held on a private boat on the Thames River with the presence of around a hundred and fifty guests. The lovebirds have been married for nine years now and will be celebrating their tenth wedding anniversary in September.

The gynecologist came to the limelight when his relationship with the singer became public. But before that, Annie Lennox’s husband was married to his ex-wife, Debra Jackson. In fact, Besser was still in a marital relationship with Jackson when he met his current wife.

In addition, Lennox had also met Debra as Mitchell Besser’s wife during her first encounter with him in 2009. However, when photos of Annie and Mitchell walking together hand-in-hand emerged in the media, Jackson filed for a divorce. After it was finalized, Besser married the singer in 2012.

Likewise, Annie was previously married to her first husband, Radha Raman, for a year, and her second husband, Uri Fruchtmann, for about twelve years.

Is A Proud Father

During his marriage to Debra, the 61-year-old obstetrician welcomed two kids together. Mitchell Besser’s children are both sons, named Samuel Besser and Max Besser. Both of his boys appear to have grown up and are leading wonderful lives.

As per his LinkedIn handle, Samuel is working as a coordinator at T-Street in Los Angeles, California. He also tied the knot with his lovely wife, Amanda Alves, on March 26, 2022. Both of them attended New York University. So could it be the newlyweds met and started dating at college?

In addition, Annie Lennox’s husband is a step-father to her daughters from her previous marriage, Lola Lennox and Tali Lennox. The husband-wife duo currently resides in Los Angeles, California. With both of them being financially successful, we are sure the couple is enjoying a comfortable life. We wish Annie and her spouse a happy and prosperous life ahead.