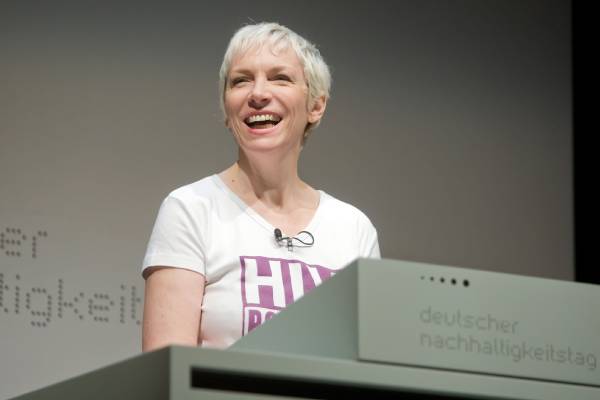 Annie Lennox married her first husband, Radha Raman, in 1984 and they stayed together for about a year. Image Source: Wikimedia Commons.

Annie Lennox, born Ann Griselda Lennox, is a renowned Scottish singer, songwriter, political activist, and philanthropist. She is well-known for being a former member and vocalist of the British rock and pop band, The Tourists, and the pop duo called Eurythmics.

Aside from her remarkable career, did you know that the 67-year-old has married three times? People who are yet to hear about this might be curious about her spouses. So, we will be learning more about Annie Lennox’s ex-husband, Radha Raman, her first life partner.

Married After Three Weeks Of Meeting

As per Daily Mail, the singer met her ex-spouse, Radha Raman, after a concert in Stuttgart, Germany, in 1984. After only three weeks of their encounter, the former couple tied the knot on March 14, 1984. They then took off to a tiny Swiss mountain village close to a Krishna farm and temple.

Annie and Radha must have fallen head over heels for each other for them to marry after such a short time of their meeting. Unfortunately, the duo is now no longer together. The former pair’s relationship ended just as quickly as it escalated. They divorced and went separate ways in 1985, merely a year after their marriage.

Radha Raman is known to be a German devotee of Hare Krishna. He is an avid follower of the Hare Krishna movement, aka the International Society for Krishna Consciousness (ISKCON).

The beliefs of the movement are based on Hindu scriptures, specifically the Bhagavad Gita, the Bhagavata Purana, and the Gaudiya Vaishnava tradition. The devotees consider lord Krishna supreme.

Unfortunately, not much is known about Radha Raman except for his religious interest and belief. He hasn’t been in the spotlight since his separation in 1985. Raman is barely active on any social media platform and prefers to stay out of the public eye. Hopefully, we will know more about him in the future.

Raman Was Controlling Of His Ex-Wife?

According to Daily Mail, Annie Lennox’s ex-husband was quite controlling of her. Raman convinced her to quit consuming meat, alcohol, and coffee. The singer was pretty blissful at that time as she was confused about what she wanted to do before meeting her former spouse. The 2022 Rock & Roll Hall of Fame inductee shared that her then-husband taught her how to be happy.

Regardless, people around the singer did not feel the same. Annie Lennox’s parents, Dorothy Lennox and Thomas Allison Lennox, were most worried. Additionally, her bandmate, Dave Stewart, who was also her lover at one time, was against their marriage.

No longer than after few weeks, Annie realized that she had made the wrong choice. As a result, the former couple split up a year after exchanging their vows. In addition, Annie’s ex-partner allegedly asked for an amount of $122,287.50 (£100,000) to keep him from publicizing intimate photographs of them together.

As mentioned above, Annie Lennox’s ex-husband hasn’t appeared in the media since their divorce. Well, we can assume he is leading a happy life and might have married another woman. On the other hand, the songstress first married Uri Fruchtmann and then Mitch Besser. She also has two daughters, Lola Lennox and Tali Lennox.

Regardless, we wish Annie and Raman a life full of joy and happiness.