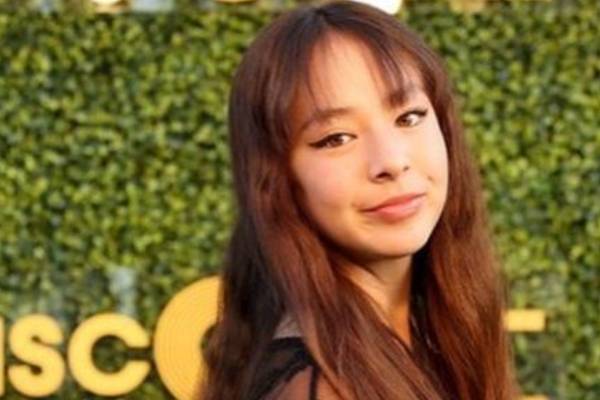 If you have watched the American family sitcom Modern Family, then you might be familiar with every cast of the series. Aubrey Anderson-Emmons is one of the show’s main cast members. The actress portrayed Lily Tucker-Pritchett, one of the protagonists of the television show.

When Anderson-Emmons was four years old, she joined the cast of Modern Family in its third season. She had replaced twins Ella Hiller and Jaden Hiller for the role.

The actress has since then gained immense fame. Many fans have loved her character, who is a fiery combination of sass and wit. Because of her fame, many people are curious to know about her personal life, especially her love life. Thus, in this article, let’s know about Aubrey Anderson-Emmons’ boyfriend and her relationship.

There’s no doubt that Aubrey has gained immense fame and popularity because of her portrayal of Lily Tucker-Pritchett in Modern Family. The show revolves around three different types of families and the situations that the families encounter in their life.

In episode 10 of the seventh season of the sitcom, Lily is said to have feelings for a guy who is also her first crush. So, in real life, who is the crush of the beautiful actress?

Well, going through her Instagram, we can see that Aubrey has posted a photo with a guy. She has captioned the picture saying “favorite boy.”

The lucky guy is Phoenix Reed. Similarly, Phoenix has also uploaded their photo saying he loves her so much.

Phoenix has also mentioned Aubrey in his bio. Many fans and followers flooded the comment section saying that they were surprised to know about the pair. While neither of them has made any statements about it, looking at the lovely pictures we can assume that Phoenix is Aubrey Anderson-Emmons’ boyfriend.

The alleged couple has also not posted any other photos. Let’s hope they share more about themselves in the coming days.

Also Read: Know If The Stranger Things Star Caleb McLaughlin Is Dating Anyone

Aubrey Is Focused On Her Career

The fame and prominence that Aubrey Anderson-Emmons have gained is unexplainable. At the age of five, Aubrey began acting, and her debut tv show gave her a huge breakthrough. She was in Modern Family from its third season to its last season.

In the show, Aubrey plays the role of the adopted daughter of a gay couple, Mitchell and Cameron, portrayed by Jesse Tyler Ferguson and Eric Stonestreet, respectively. Well, in real life, too, her family is quite similar.

Aubrey Anderson-Emmons’ mom Amy Anderson was adopted from Korea and brought to Minnesota. Aubrey’s dad Kent Emmons is from Illinois, and she grew up in California.

The show ended in 2020 after being on air for 11 years. While talking with Cheatsheet, she mentioned that she was trying to get some more auditions. She is enthusiastic about working in the entertainment world further.

Nevertheless, let’s hope we get to see her in some new roles in the coming days.

Achievements From The Show

Apart from the fame, Aubrey has also earned a significant fortune through the series. Aubrey Anderson-Emmons’ net worth is estimated to be $6 million. Initially, she used to receive $35,000 per episode, and later it was boosted to $70,000 per episode.

Aubrey became the youngest actress to appear on the red carpet in the 2012 and 2013 Primetime Emmy Awards. When she was four, she became the youngest person to receive the Screen Actors Guild Award. She had won the award as part of the series’ ensemble cast.

Moreover, Aubrey is also a YouTuber who runs a YouTube channel named Foodmania Review with her mom. She had started the channel in 2015.

Nevertheless, the  14-year old actress seems to be doing great in her career. Of course, anyone who will be Aubrey Anderson-Emmons’ boyfriend, will be lucky to have such a talented and successful person as their partner.