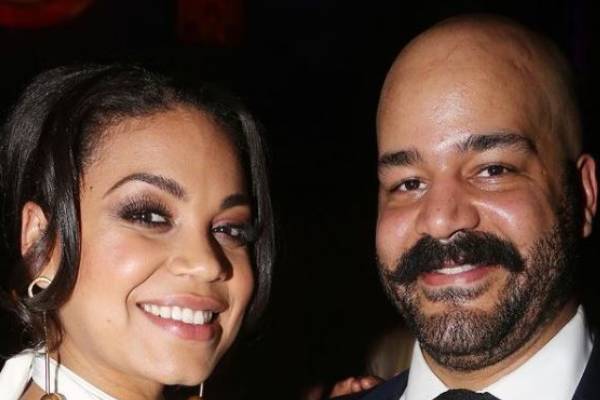 Famous for her role as Victoria Hughes in the drama series Station 19, Barrett Doss is an actress and singer from America. Well, as stated earlier, she has gained massive popularity because of her work. As a result, she has gained an enormous fan base, curious to learn about her personal details.

While Barrett’s professional life is an open book, many are unaware of her romantic endeavors. Has she got a significant other or is she still single?

So, let’s find out in this article who Barrett Doss’s boyfriend is.

Barrett Doss Is In A Relationship With Austin Durant

As mentioned earlier, Barrett Doss has been in the public eye for a long time now. So, it is no surprise if her fans are curious to learn about her personal life, especially her love life.

So, to quench people’s thirst, the answer to the question, if Barrett Doss is single, is No, she is not. The beautiful actress is in a blissful relationship with fellow artist, Austin Durant.

Going through Doss’ Instagram post, it seems like the couple has been together for quite a long time now. While the actress had been secretive about her love life at first, Barrett and Austin decided to go public with their relationship in 2017.

Since disclosing their relationship to the public, Barrett and her boyfriend do not hesitate to share each other’s photos on their respective social media pages. And looking at these pictures, it is clear that the duo is deeply in love with each other.

Barrett Doss’ Boyfriend Is An Actor

As mentioned above, Barrett Doss is a well-known actress. And just like her, Doss’ lover, Austin Durant is also an actor. He is famous for his performances in different movies and television series like Big Dogs, Search Party, The Mentors, Person of Interest, and Nurse Jackie.

Moreover, Barrett Doss’ boyfriend, Austin is also popular among theater fans as he has worked on several Broadway and off-broadway plays. Furthermore, in December 2019, he joined the cast of Moulin Rouge.

It seems like the Doss-Durant pair bonded because of their shared love of acting. They are supportive of each other’s profession and encourage their significant others to do better.

Despite gaining enormous fame, the Station 19 star is one of the many celebrities who prefer to keep their life private. As a result, she has not revealed much about her love life. And sadly, Barrett Doss’ boyfriend is also a secretive person so not much is known about his life.

Moreover, when and how the pair met is still a mystery. But the couple has posted different pictures of them during vacations and is often seen going on dates. Barrett and Austin are undoubtedly enjoying their time together.

Also, while there has not been any indication of the pair taking their relationship to the next level, we hope to hear some good news in the coming days.