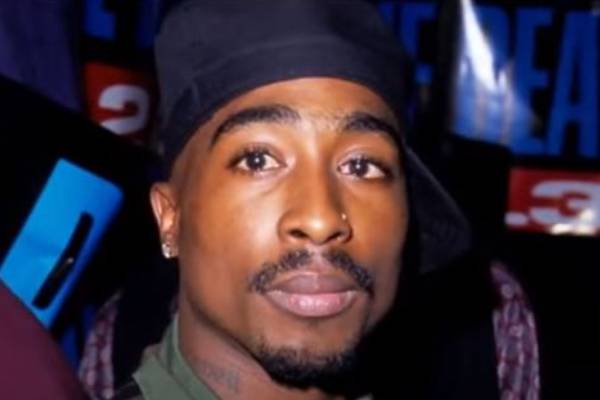 Tupac Amaru Shakur, aka Tupac, was a well-known songwriter and rapper of American nationality. Renowned as one of the most influential rappers, he had a successful musical career and earned a fortune. He was also famous for his high-profile relationships.

We all know about his love life, but the exact information about his kids is unknown. However, people believe that he has a secret daughter named Jaycee Shakur. So, is Jaycee really Tupac’s daughter? Let’s find out in the article.

Tupac Wanted To Have Kids

Tupac was married to Keisha Morris for a brief period of time, but the couple did not have any kids. However, in an interview with Source Magazine, Tupac’s former wife, Keisha, told them that he wanted to have children with her. The rapper had shocked his publicist and other team members when he stated that he and Morris planned to have little ones.

Furthermore, Keisha added that she had never heard him talk about stuff like marriage or children before. But after marriage, he had even picked their kids’ names. Although they had planned on having children, the married couple split only a few months after their wedding. Thus, Tupac never had any confirmed child, at least not with his ex-wife.

However, fans have assumed that he has a secret child, a daughter named Jaycee Shakur. Other than that, there are not many details about Tupac Shakur’s alleged kid.

As mentioned earlier, people have assumed that Jaycee Shakur, who has the same surname as Tupac, aka 2Pac, is his daughter. But, other than that, there’s no concrete evidence to prove that the rapper had any children.

However, an Instagram account under the name Jaycee Shakur surfaced in 2020, which made fans think that Tupac indeed had a daughter. Moreover, according to the Instagram description, Jaycee is honoring her dad’s legacy.

Furthermore, Jaycee’s first Instagram post is her dad’s picture, carrying a little girl. She has also shared another photo of her with her dad and grandmother, Afeni Shakur. However, many people have claimed that the baby in the picture is the late rapper’s niece and not his alleged child.

So could Jaycee be Tupac’s daughter with his wife, Keisha Morris, whom they have kept private? Or could she be his daughter from his other relationships? Well, it is certainly a big mystery to all of Tupac’s fans and followers.

Another Girl Claimed Herself To Be Tupac’s Daughter

While it has always been a mystery if Jaycee Shakur is Tupac’s child, more confusion has been created after a young woman claimed herself to be his daughter. In July 2021, a woman uploaded a video on TikTok under the username @boogiebentley, where she declared that she was Tupac’s daughter.

She captioned the video saying she was not going to tell it again, and followed by different hashtags. Several fans of Tupac flooded her comment section, saying she was lying. Some speculated that she could not be his daughter if she were 18 years old, as the rapper died at the age of 25 in 1996.

Furthermore, the woman uploaded another video in reply to a comment which said he searced her up and she is not his kid. In that video, she showed her photo that came after searching “Tupac’s daughter.” In addition, she has mentioned on her Instagram bio that she is his daughter.

Well, it is unclear if the girl from the TikTok video is truly Tupac’s daughter or if she is only doing it for fame. Sadly, this has resulted in fans of the rapper being even more confused about Tupac’s life. Nevertheless, they are curious to know who among the two women claiming to be Tupac’s daughter is telling the truth.

So, what do you think? Does Tupac have a secret daughter? Are Jaycee Shakur and the TikTok woman claiming to be Tupac’s daughter telling the truth?

Even though it is one of the biggest conspiracy theories of the music world, unfortunately, it seems like we might not be any closer to finding out the actual truth. But, let’s hope that we get to learn about who Tupac’s kid is, or if he has any, soon.